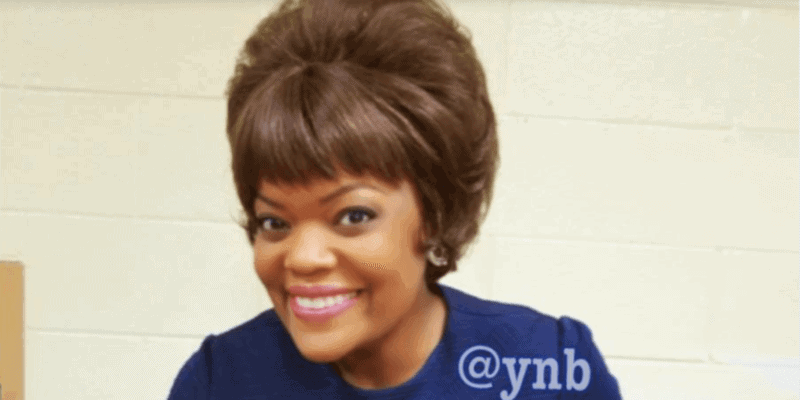 Popular actress Yvette Nicole Brown has made a name for herself in shows like tween sitcom Drake and Josh (Helen) and Joel McHale’s Community (Shirley Bennett) on NBC.

Brown also made an appearance as a S.H.I.E.L.D. agent in Marvel’s Infinity Saga conclusion, Avengers: Endgame (2019). But, as it turns out, the actress had no idea she was going to appear in the MCU until the box office blockbuster released!

“You know, I still pinch myself. And it’s funny, I was… The news of me being in it, it was a cameo, so I wasn’t supposed to tell anyone. So, I sat on that secret for two years. We shot it in 2017, and it didn’t come out until 2019. And it had taken so long, they were shooting Infinity War and Endgame at the same time. And so, I shot while everyone knew that Infinity War was being shot, so I thought I was in Infinity War. So, when Infinity War came out and I wasn’t in it, I was like, ‘Well, you know, it was a great experience. I got to work with Chris [Chris Evans played Captain America/Steve Rogers] and Robert [Robert Downey Jr. played Iron Man/Tony Stark]. And, you know, it didn’t work out, it’s fine.’ So, I went to the premiere of Endgame with my group of friends, my blerd bunch group, and we see the elevator and I’m like, ‘I’m in this!’ And next thing you know, there is my face, I was as shocked as everybody else. We all screamed. Chris Evans is now my Twitter boyfriend, life is good. Life is good.”

Brown’s next project is the Disney+ series, Big Shot, alongside Disney superfan John Stamos. The series has faced multiple production delays due to the COVID-19 pandemic, but is now set to premiere this Friday, April 16.

If you want to catch Yvette Nicole Brown’s Marvel Cinematic Universe appearance, you can steam Endgame — and the rest of the Avengers movies — on Disney+ anytime.

The official description of Endgame reads:

The epic conclusion of the Infinity Saga that became a critically acclaimed worldwide phenomenon, this dramatic showdown pits the Avengers against Thanos [Josh Brolin]. After devastating events wiped out half the world’s population and fractured their ranks, the remaining heroes struggle to move forward. But they must come together to restore order and harmony in the universe and bring their loved ones back.

What do you think about Yvette Nicole Brown’s funny MCU story? Are you looking forward to watching the comedic actress in Big Shot?

Comments Off on Yvette Nicole Brown Stunned She Was in ‘Avengers: Endgame’