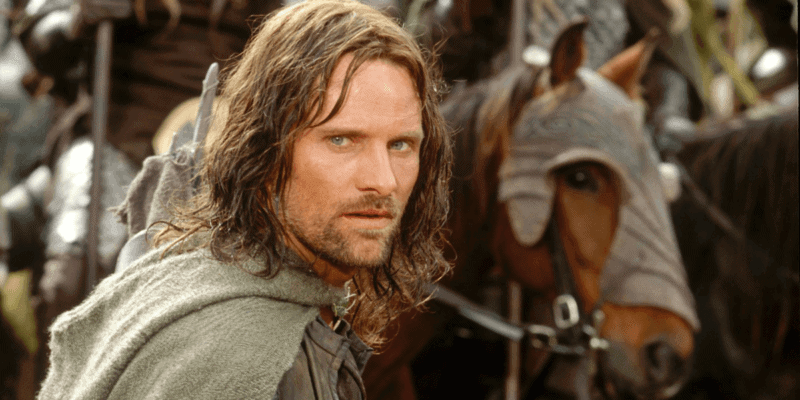 Lord of the Rings fans are in for a treat, with the highly anticipated Amazon series set around Middle Earth coming out within the next year. In addition, a new Rings project was recently announced, The Lord of the Rings: The War of the Rohirrim, a feature-length animated movie. The question is, however, why isn’t Disney animating this fantasy-filled movie?

Dark Lord Sauron, Gandalf the Grey, Frodo Baggins, Aragorn, Legolas, and the rest of the fellowship became household names after The Lord of the Rings: The Fellowship of the Ring (2001) kicked off the Rings trilogy that would later feature the destruction of the One Ring at Mount Doom by the hands of Gollum in Mordor.

Since then, the three Rings movies are only compared to that of the original Star Wars trilogy, and Tolkien fans seem to adore both.

When it came to announcing The War of the Rohirrim, — a flick focused on the crazy history of Helm’s Deep and the battle of Helm Hammerhead, King of Rhoan — New Line confirmed that the movie would be entirely their own.

It’s no secret that author J.R.R. Tolkien was not the biggest fan of Walt Disney and refused to let the Snow White and the Seven Dwarfs director touch his beloved Middle Earth.

Despite sharing a common love for fantasy and mythology, Middle-Earth and Mickey Mouse never crossed paths due to Tolkien’s intense dislike for Walt Disney’s feature films.

Even after the author’s death, Disney still has nothing to do with Gondor or Rohan, even when Pixar could have animated the new Lord of the Rings film.

There’s some gray area in who owns the intellectual rights to Tolkien’s work, as Disney did, in fact, control the movie rights to film The Lord of the Rings through their subsidiary, Miramax. They eventually sold the rights to New Line Cinema and Warner Brothers (distribution rights) for a reported $12 million in 1998 when Peter Jackson was brought on to direct the films, missing a huge opportunity for future projects.

As a result, Disney is not animating The War of the Rohirrim. Rather, Sola Entertainment is animating the film, according to GameSpot. In fact, the movie is on the production fast track with voice casting now in progress.

Since then, Sony Pictures Animation’s Spider-Man: Into the Spider-Verse (2018) and Laika’s Coraline (2009) have made their mark in the animated movie world, but Pixar still trumps even Disney Animation (Tangled, Frozen).

With Lucasfilm announcing an anime Star Wars film, Star Wars: Vision, Disney is looking to step into the anime genre and gain a new global audience. While this may be tough, they’re recruiting the best Japanese talent to help tell new stories in a new way.

It makes sense that Disney wouldn’t animate this new Rings movie due to the rocky history between Tolkien and Disney and film rights between the two companies. It also makes sense that Warner Brothers/New Line Cinema chose Sola Entertainment as their animation studio. Though the company is rather unknown to American audiences, they’re one of the leading forces in anime production.

However, one might think Disney is the perfect fit considering their impressive resume and studded background in fantasy.

The film features the incredible talent of the brilliant Kenji Kamiyama (Ghost in the Shell) leading the anime film that’s sure to showcase the beauties of Middle Earth like never before. Depicting the legendary battle of Helm’s Deep — something only mentioned both in the Rings‘ trilogy and book — Academy Award winner Philippa Boyens, who worked hand-in-hand with Peter Jackson and Fran Walsh adapting Tolkien’s work into the movies, is reportedly a consultant on the Lord of the Rings anime film.

Amazon’s Lord of the Rings TV series will be a prequel to the events in The Hobbit, reportedly taking place in the Second Age of Middle Earth (Bilbo and Frodo’s adventures take place in the Third Age) and has yet to receive a release date. Likewise, the War of the Rohirrim is also without a release date, but Tolkien fans should be assured that the two will surely complement each other and help honor Tolkien’s work.

Do you think Disney should animate the new Rings movie? Let us know in the comments below!