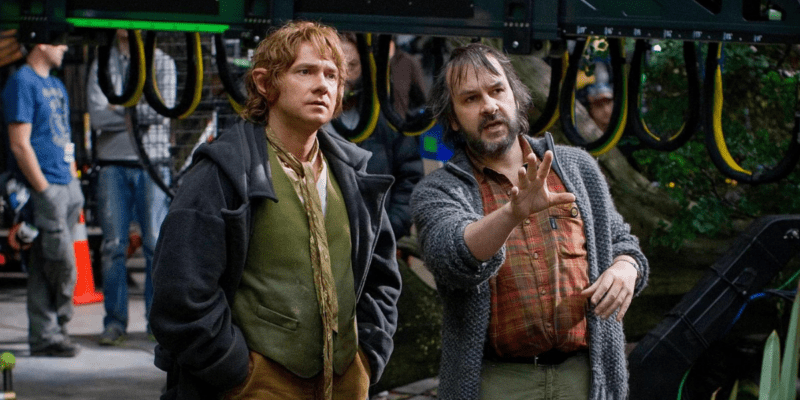 Hollywood director Peter Jackson is best known for his legendary The Lord of the Rings trilogy, all three of which sit in IMDb’s top 2o movies of all time. Tolkien fans are now rallying together for Peter Jackson to make the jump from Middle Earth to a galaxy far, far away by directing a full-fledge Star Wars movie or trilogy with the scope of The Lord of the Rings production.

Mordor, Dark Lord Sauron, Bilbo Baggins, Legolas, and more are households names thanks to Peter Jackson’s (The Hobbit trilogy, King Kong) award-winning The Lord of the Rings film trilogy, with The Lord of the Rings: Return of the King (2003) taking home 11 Academy Awards, including Best Director and Best Picture.

In a viral YouTube video, one VFX genius replaces the blades of swords and axes in the hands of Aragorn (Viggo Mortensen), Frodo Baggins (Elijah Wood), and hundreds of orcs with lightsabers.

The editing is impressive in itself, but it made many of The Lord of the Rings fans question why Peter Jackson never got a shot at directing a Star Wars movie, especially one centered around epic lightsabers battles like in the Old Republic or any Star Wars saga?

Related: Meet the Crew Ready for the Launch of ‘Star Wars’: Galactic Starcruiser

Middle Earth fans were quick to start conversations about Peter Jackson’s possibilities of taking a shot at a Star Wars story, with one fan stating:

“Peter Jackson should take over Star Wars.” – some bro online in 2004 probably

"Peter Jackson should take over Star Wars." – some bro online in 2004 probably

For many, The Lord of the Rings franchise is the greatest in cinema history, while many others feel that Star Wars take that crown. Nonetheless, the two fanbases often mesh in a positive way, with fans voicing both sides of which franchises are the best.

The Lord the Rings, in this case, showcases some of the best fighting choreography in Hollywood, especially during the battle of Helm’s Deep with the Rohirrim of Rohan going against the forces of Saruman (Sir Christopher Lee) and Sauron, or the siege of Gondor.

With the eye of Peter Jackson and enough creative control, combining the worlds of the Skywalker saga and Star Wars universe, including Luke Skywalker (Mark Hamill), Darth Vader (James Earl Jones), and Han Solo (Harrison Ford), with that of Gollum (Andy Serkis), Mount Doom, and a Hobbit or two would make for an impressive movie or even Star Wars trilogy. Jackson’s Star Wars film or even series on Disney+ could take place before the prequel trilogy and original trilogy kicks off, highlighting the full force of the Jedi against the Sith before their demise by the Empire and Emporer Palpatine (Ian Mcdiarmid) and Order 66.

The incredible talent of Peter Jackson would draw in a global audience unlike ever before with a legendary battle consisting of lightsabers. Every Star Wars fan could witness the greatest battles of this galaxy on the big screen with the choreography level of Peter Jackson and the team’s work on the Rings’ trilogy.

Do you think Peter Jackson should direct a Star Wars movie? Let us know in the comments below!