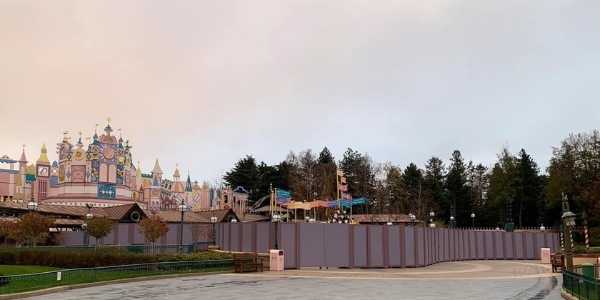 Although the world continues to deal with supply chain issues as well as the ongoing COVID-19 pandemic, Guests keep crowding into the Disney Parks.

Whether they are local or internationally, the Disney Parks and Resorts continue to bring in hundreds of thousands of Guests as well as rake in record profits for the Walt Disney Company. Walt Disney World previously extended hours at three of the Disney Parks, those being Magic Kingdom, Disney’s Animal Kingdom, and EPCOT. This was in part to prepare for the heavy crowds coming in the week of President’s Day.

Now, according to the Disney Park Reservation System, some Parks are completely sold out every day from Friday, February 18 through Thursday, February 24. However, on the international side, one Disney Park is quite empty as it experiences its “off-season”.

Disneyland Paris has experienced quite a subdued few weeks as Guests haven’t been rushing into the Resort as much as those in the states. The Park has also experienced some not-so-great weather which doesn’t help bring in crowds. In a tweet from PixieDust (@Pixiedust_be), wait times for the Tower of Terror were unusually-low:

Not so crowded Sunday today at Disneyland Paris! #DisneylandParis #DisneyParks

On the Disneyland Paris app, wait times throughout the Park were very low:

As you can see in these pictures, there is currently a 5-minute wait for both Phantom Manor and Indiana Jones and the Temple of Peril.

Have you been to Disneyland Paris recently? Let us know in the comments below.