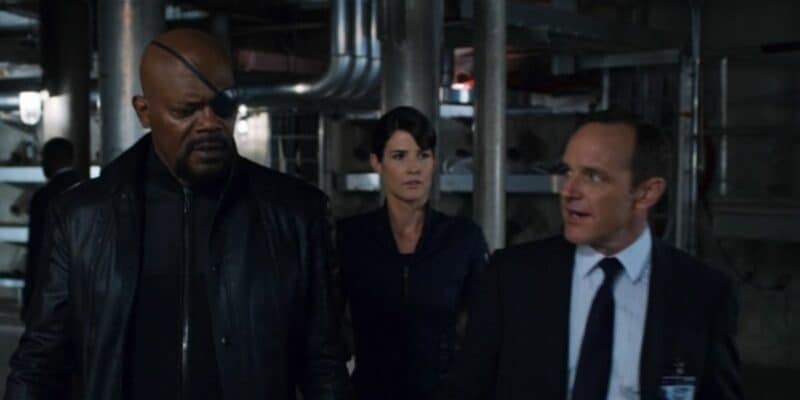 Marvel Studios has dropped five Disney+ Original series in Phase Four— WandaVision, The Falcon and the Winter Soldier, Loki, What If…?, and Hawkeye — have already aired, and Marvel fans are looking forward to the release of Oscar Isaac’s Moon Knight this March. But shows like Ms. Marvel, What If…? Season Two, and Secret Invasion have been delayed.

Lucky for Marvel fans, they will have more to speculate on based on the recent leaks from the set of the Secret Invasion reshoots. One video posted by UnBoxPHD on Twitter shows Samuel L. Jackson sporting his new look for the series, which includes a beard.

In the post-credit scene of Spider-Man: Far From Home (2019), Talos has been masquerading as Nick Fury on Earth, while the former Director of SHIELD (Strategic Homeland Intervention, Enforcement and Logistics Division) galavants into space. Since then, fans have been wondering how long this has been happening and who it was that was snapped away by Thanos (Josh Brolin) in Avengers: Infinity War (2018).

The entire plot of the Marvel Comics event that the Secret Invasion show pulls from involves the shapeshifting Skrulls, first seen in Captain Marvel (2018), replacing Earth’s Mightiest Heroes. In the comic book, the Skrulls are led by Queen Veranke, rumored to be Emilia Clarke’s role.

The recent set leaks provided by Leeds Live reveal her new look for the next Marvel series.

“I just think what they’re doing right now is so exciting and so cool, and so on the cutting edge of it. I feel like they’re like the Apple of this world. To be part of that family feels like, ‘Oh my god, I’m in the cool kid crowd. That’s so cool’.”

Another leak from the reshoots reveals that Cobie Smulders’ Maria Hill will suffer some injury. This marks a surprising increase in her role. Marie Hill first appeared in The Avengers (2012) directed by Joss Whedon. Since then she has been Nick Fury’s sidekick without really getting in on the action.  She was also replaced by Talos’s wife Soren (Sharon Blynn) for a while.

The leak was shared by Secret Invasion News, which noted that the image shows:

“Cobie Smulders having blood make up applied to her nose as she shot scenes for #SecretInvasion.”

Cobie Smulders having blood make up applied to her nose as she shot scenes for #SecretInvasion. pic.twitter.com/CXHF16gX3R

The Secret Invasion series will probably differ from its comic book origin written by Brian Micheal Bendis in 2008. The Skrulls were introduced as refugees that needed to be saved from the Kree by Carol Danvers/Captain Marvel (Brie Larson). In Marvel Comics they were notorious villains of the Avengers and The Fantastic Four.

Let us know in the comments if you are ready for Marvel’s Secret Invasion.