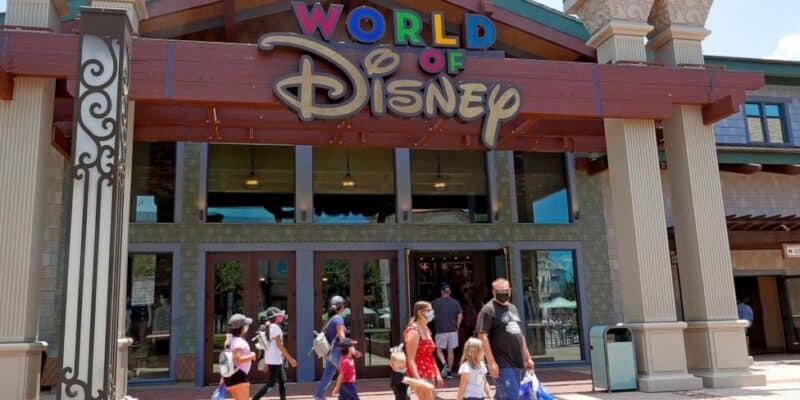 Over the course of the past year, The Walt Disney Company has dramatically shifted its retail focus away from traditional mall stores and flagship locations — such as those in New York City’s Times Square and Paris’s Champs Elysses — to both the online space and shop-in-shops like those that exist at Target stores around the United States.

Before Disney’s announcement last year that they would be “significantly reducing” the number of Disney Store locations, there were upwards of 300 Disney Stores. Now, per International Business Times, the amount of “retail stores that Disney is closing are estimated to leave the retailer with about two dozen locations.”

This means, of course, that approximately 275 stores have closed. Disney’s original release reads, in part:

Now, however, despite all of these closures, The Walt Disney Company appears to be officially breaking ground on a brand new Disney retail outlet on International Drive (I-Drive) in Orlando near Walt Disney World Resort.

In June 2021, Orlando Business Journal noted that Disney is planning a billboard/art installation on I-Drive:

…[Disney sought permission from Orange County] to build a gargantuan, ribbon-like art display at 8050 International Drive on the Hollywood Plaza garage, Orange County records show. The entertainment giant is partnering with Japan-based Mitsubishi to install and maintain the dynamic art…

The OBJ article also noted that a store would be part of the project. Now, a new permit for the 8050 I-Drive address notes that Disney is preparing for the “buildout of new retail space.”

At this time, it is unknown if the new shopping space will resemble a traditional mall Disney Store, the Magic of Disney store at Orlando International Airport (MCO), or the World of Disney store locations that can be found at Disneyland Resort’s Downtown Disney District and Walt Disney World Resort’s Disney Springs.

Are you excited Orlando is getting a new Disney retail space?