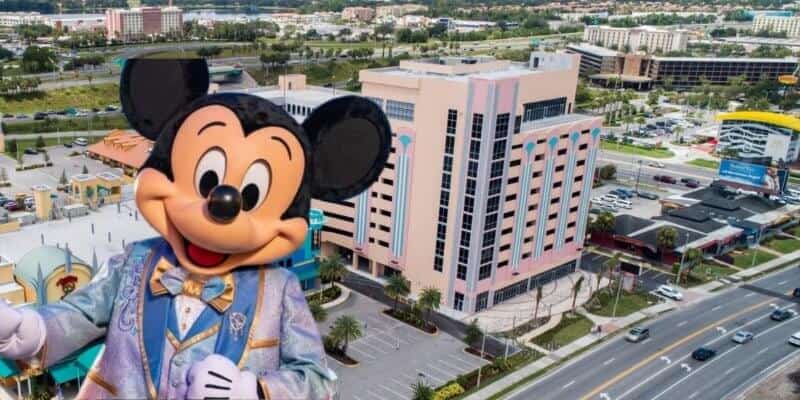 One of the best things about driving towards your hotel for your Disney vacation after landing at Orlando International Airport is all the billboards that Guest will see along the way, getting them hyped for their trip.

Billboards for both Universal Orlando Resort and Walt Disney World flood the streets with 3-D aspects, advertising the latest and most popular attractions. Just seeing the magic illuminate from the billboards leaves most itching to get to a theme park. Now, Orlando Business Journal has confirmed that Disney is about to create a never-before-seen billboard installation on International Drive that will run across an entire parking garage, wrapping around multiple sides.

If you are wondering where the giant installation will go, on International Drive, there is a nightclub called Mango’s Tropical Cafe which also holds a massive parking garage for Guests. So it seems that that will be the location of the “art installation”. The new display will likely take around one year to construct and will be ready at some point in 2022, which is perfect timing as Disney World will be in the middle of its 50th anniversary celebration at that time.

The application for the project was accepted on June 16, so now, building permits will be needed to move forward. That being said, it seems that Disney is on track at the moment to have this new installation illuminate International Drive by next year.

Considering International Drive is a huge tourist destination, a massive and unique advertisement such as this is a great idea on Disney’s part. The location is also strategic for the company considering that the display is closer to Universal than Disney, which may sway some Guests who have come to Orlando for a Universal vacation, to spend a day at Disney World!

For now, Inside the Magic will stay tuned for construction updates on the building to see if the progress and timeline remain as planned over the next year.

What do you think of Disney adding a new art installation as an advertisement on International Drive?