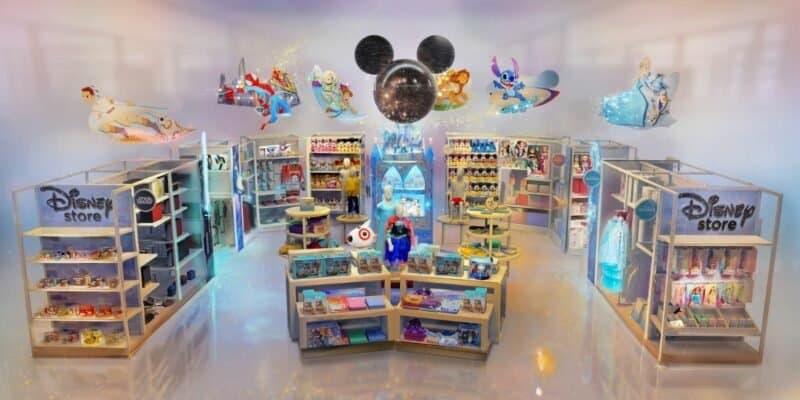 As The Walt Disney Company is closing dozens of Disney Stores this year, Target has announced an expanded partnership with Disney. The move will bring more Disney Store shops inside Target locations nationwide in time for the Holiday season, featuring exclusive Disney toys and merchandise.

Disney’s partnership with Target (AKA the “Disney Stores in Target”) was first announced at D23 Expo 2019 in Anaheim and has garnered a lot of attention. Target has found success with the Disney Store at Target concept, with 53 of the shops currently inside Targets and a Disney online store. As Disney continues to close more Disney Stores, Target is set to add 107 more Disney Store at Target shops to their brick-and-mortar locations by the end of 2021, for a total of 160 of the popular Disney merchandise spots.

Related: Fans Are Devastated as Disney Stores Continue Shutting Down

The expanded partnership between brick-and-mortar giant Target and Disney seems to be in line with the plans Disney had previously announced to scale back Disney retail locations and focus on their ecommerce business. In Disney’s original announcement of the closure of at least 60 Disney Store locations, the company shared,

“Today Disney announced plans to focus on its ecommerce business and significantly reduce its brick-and-mortar footprint, beginning with the closure of at least 60 stores in North America this year.

Over the next year Disney will focus on providing a more seamless, personalized and franchise-focused ecommerce experience through its shopDisney platform which will be complemented by greater integration with Disney Parks apps and social media platforms. This will be coupled with an assortment of new and elevated merchandise from the Company’s full range of brands, including adult apparel collections and artist collaborations, trend-forward streetwear, premium home products and collectibles.”

This expanded partnership with Target stores enables Walt Disney Co. to focus on ecommerce, while outsourcing brick-and-mortar operations to an established partner in the physical retail space for mini Disney Store shops. Notably, the closure announcement of Disney Store locations did not affect locations within Disney Parks.

Target is also promising exclusive toys available for the holiday shopping season from Disney fan-favorite properties like Star Wars and Raya and the Last Dragon (2021). In the retailer’s press release, Target described the unique experience holiday shoppers can expect, saying,

As Target’s partnership with Disney continues to be a major hit, guests will find Top Toys from popular Disney properties, including Star Wars and Raya and the Last Dragon. By the end of the year, Target will expand to over 160 Disney store at Target locations across the country, providing even more guests with the opportunity to enjoy the unique in-store experience. Plus, Target continues to grow its dedicated online Disney experience for fans seeking toys and games from the hottest properties.

Target has not released the list of locations that will be adding the new Disney Store at Target shops as of this writing.

Star Wars Galactic Snackin’ Grogu is sure to be one of the hottest holiday toys this Christmas season. The newest toy based on the breakout Mandalorian cutie will be an animatronic Grogu that will feature interactive elements. The manufacturer’s description, calls it “Snack and React,” described as,

Pretend to feed Grogu (The Child) with the entertainment-inspired accessories and he will react to them with eating, yummy, or yucky sound effects.

The Mandalorian LEGO Star Wars The Armorer’s Mandalorian Forge set is a Target exclusive, and promises lots of opportunity for creative play for Star Wars fans aged 8 and up. The description for the LEGO Star Wars set that will release available in September, reads,

“Fulfill a child’s passion for Star Wars: The Mandalorian and inspire them to construct and role-play their own stories with this detailed LEGO® brick model of The Armorer’s Mandalorian Forge (75319). Includes 3 new-for-September-2021 LEGO® minifigures – The Mandalorian, Paz Vizsla and The Armorer – with cool weapons and accessory elements, including 2 jetpacks, to inspire imaginative play. Features a Mudhorn logo over the entrance, detachable forge with flame elements, rotating exhaust hood and melting pot, Holocron, machinery, table with a hidden compartment and a storage cabinet. The forge has lots of accessory elements for creative play, including an extra Mandalorian helmet, 3 beskar bars, a thermal detonator and broom, plus forged weapons and a blaster. Fun to build and play with solo or as a group activity.”

Related: Raya’s Journey: An Enchanted Forest Board Game Out Now!

Are you excited to see Disney Stores popping up inside Target locations in time for Christmas? Let us know in the comments!