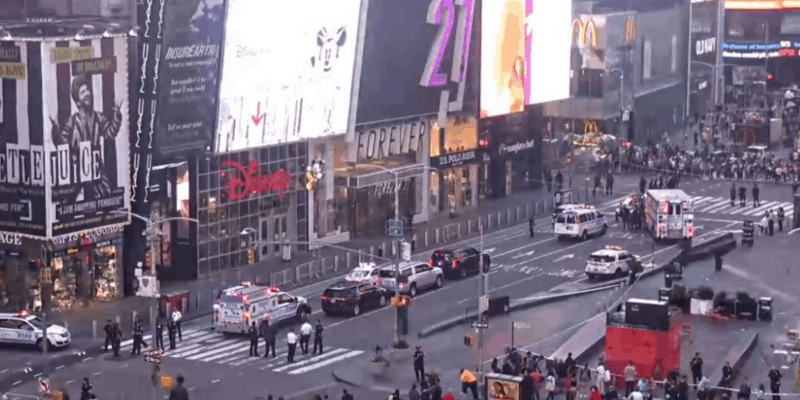 The Times Square Disney Store location in New York City was evacuated by police this week after receiving a bomb threat from an armed gunman, according to a New York Police Department spokesperson. The building and surrounding block were closed as officers took extreme caution to investigate the threat, which was ultimately given the all-clear.

Related: Fans Are Devastated as Disney Stores Continue Shutting Down

With Disney Stores closing nationwide as The Walt Disney Company looks to restructure their brick-and-mortar retail footprint, one of the few remaining Disney Store locations was threatened by an anonymous phone call to the NYPD. According to a report, a bomb threat was called in to the New York City Police Department targeting the flagship Times Square Disney Store at 1540 Broadway on Friday, September 24. Police arrived on the scene shortly before 4 p.m. to evacuate staff and Guests.

Officers conducted a full sweep of the building and the all-clear was given shortly after 5 p.m.

Steve Bognar, managing editor for WNBC New York shared word of the “All-clear in Times Square” on Twitter at the time following his initial report, which read,

The block surrounding the Times Square Disney Store was closed off as a precaution to allow emergency vehicles access to the area. Just before 5:30 p.m. that evening, the NYPD Tweeted that the traffic closure had ended, sharing,

“Advisory Update: Following an earlier closure, traffic will resume back to normal.”

Advisory Update: Following an earlier closure, traffic will resume back to normal. https://t.co/onnaEBaYv7

The U.S. Sun reported that the NYPD was unable to substantiate the legitimacy of the bomb threat or if the phone call was made by a “distressed caller.” As of this article’s publication, no one has been arrested in connection with the threat.

The closures — which did no affect its 600+ stores inside Disney theme parks, Disney Springs, or Target stores — leave fans of Disney merchandise with less than two dozen locations in North America. According to a statement from Disney earlier in 2021, the closures come as part of a larger plan to respond to consumer behavior that includes more of a commitment to e-commerce business, and with partnerships with existing brick-and-mortar outlets, like the “Disney Stores in Target” initiative.

The Disney Store partnership with Target was originally announced at D23 Expo in Anaheim in 2019. Target is set to add 107 more Disney Store at Target shops to their brick-and-mortar Target locations by the end of 2021, for a total of 160 of the popular Disney merchandise spots.

Let us know what you think about this situation in the comments elbow.