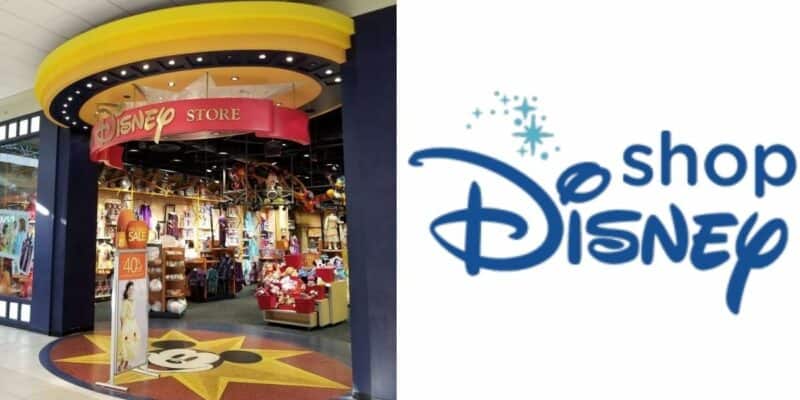 For many people, going to a place like Disneyland or Disney World can be a once-in-a-lifetime experience. It takes years of saving up and planning if they want to visit Mickey Mouse and all of his friends. However, Disney fans love bringing Disney into their everyday life, so they improvise. One of the ways that they would do that was to take a trip down to their local Disney Store. Unfortunately, those local trips will almost all be coming to an end.

Disney is continuing to close a majority of its Disney stores and, after the next round of closures, only 25 will remain. Disney says that the reason for these closures is so that the company can focus on having Guests shop at its online store, shopDisney. shopDisney combines merchandise from both Disney stores, as well as merchandise that can be found at both Disneyland and Walt Disney World.

However, shopDisney is not all it’s cracked up to be — and if Disney wants to put more money into running its online retailer, then it needs to make some big improvements to give Guests a truly magical shopping experience.

One of the best parts about shopping at Disneyland and Disney World is the fact that Annual Passholders — and now Magic Key Holders — get discounts on most merchandise found throughout the theme parks. However, that discount does not work on shopDisney, even if you are buying merchandise that is found in the theme parks and not just at a Disney store or on shopDisney.

While Annual Passholders and Magic Key Holders cannot use their pass for a discount at the Disney Store, it would be nice if Disney once again allowed them to use their Annual Pass to receive discounts at the online retailer.

The best part about shopping in a Disney Store — other than being immersed in the magic of a Disney store — is the fact that you can get great Disney merchandise without having to pay the shipping fees that can really raise the cost of your items. It should be noted that shopDisney does offer free shipping, but only if Guests spend $75 or more, which is tough if you only want to buy a couple of things.

Sometimes Disney comes out with some truly magical merchandise. Everyone wants it, and everyone is willing to go online at the same time to get it. While it can be difficult for a website to handle large amounts of traffic at one time, Disney should really be able to handle it at this point. Most recently, Disney came out with what they called “Minnie’s Main Attraction” merchandise. Each month a new Minnie Mouse plush, pin, ears, and backpack would come out, and it would be themed after Disney attractions.

While Disney tried to mitigate how many people were on the shopDisney website by making purchasing a lottery system, Guests still overwhelmed the website. The same thing happened when Disney would release new Star Wars merchandise and other popular items. Disney needs to be able to figure out how to handle a large number of Guests without having the site crash.

Another issue arises when a lot of Guests try to buy the same item. Disney will accept the order and then charge the Guest’s card, but will then later realize that they do not have enough items to fulfill all of the orders. This leads to Guests receiving emails saying that their order for that item has been canceled and that they will be receiving a refund in seven to ten days. Disney needs to be able to cut off orders once the item runs out so excited Guests are not let down by suddenly having their order canceled.

One of the biggest groups of people upset at the closing of Disney Stores is Disney fans who reside in Canada. The shopDisney experience for Canadians is less than optimal, and petitions have even been started to keep Disney Stores in Canada.

One Disney Store change.org petition talks about just some of the issues that Canadians face when using shopDisney:

At the Disney store, Guests are able to interact with Cast Members who bring the Orlando and California magic into our home towns. We get to hear Disney music, and for a moment, pretend that we are back in our favorite place. When using ShopDisney as Canadians, we have to pay $20.00+ in shipping, which makes the idea of picking up something that Disney is selling unattainable for many. In America, although there are many stores which have closed, there are some which remain open to Guests, and as we mentioned, shipping costs are much more affordable.

While Disney stores are closing down, for the most part, Disney has announced a partnership with Target to bring more merchandise into Target stores. Unfortunately, for Canadians, Target’s are not as popular as they are in America. In fact, most Targets have left Canada and Target has announced that it is closing its Canadian stores. So, Canadians will also not really have an opportunity to take advantage of the new Target partnership either.

Asking Canadians to pay a minimum of $20 to ship their merchandise can be a large deterrent for Guests who may consider shopping online. If Disney wants to make their shopping experience better, they cannot forget about our neighbors to the North.

Even though it is always exciting to spend some time on shopDisney looking at all of the amazing merchandise you can get your hands on, shopDisney leaves a lot to be desired, and if Disney is going to try to make Guests’ shopping experience primarily an online one, then they need to focus on making the shopDisney experience better for everyone.

Do you enjoy shopping on shopDisney? What improvements do you think could be made? Let us know in the comments!