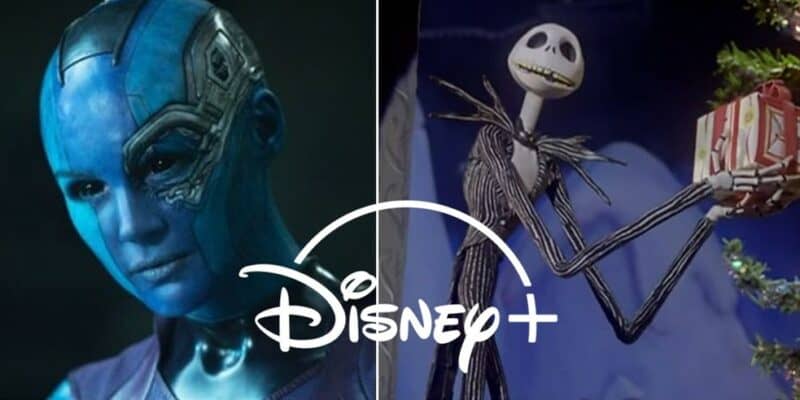 Disney+ recently celebrated its 2nd anniversary with new streaming series and films, along with special news and celebrations for subscribers in the Disney Parks! While we look forward to new 2022 films such as Hocus Pocus 2, Disenchanted, and Sister Act 3, we are learning of another exciting Disney+ feature in the works. This one features a Marvel star along with The Nightmare Before Christmas composer!

20th Television Animation is developing a new series called Rhona Who Lives by the Rivers for Disney+ release. This new feature will be an animated musical series created by Emily Kapnek. According to Deadline, “Rhona Who Lives by the River follows the adventures of Rhona #3, the third-most-interesting Rhona in a small Scottish town, whose life is utterly dull. But after a freak clootie well accident results in bacterial pinkeye and the ability to make her own wishes come true, Rhona’s star finally is on the rise.”

We’re thrilled to hear the series will star Karen Gillan, a favorite Marvel Cinematic Universe star who plays Nebula in Guardians of the Galaxy and Avengers franchises, as well as Ruby Roundhouse in Jumanji: The Next Level, will be starring in the animated musical series as the voice of Rhona, along with an executive producer role. Danny Elfman has also been announced to executive produce and will create and oversee music for the project. Karen Kapnek will serve as showrunner and executive producer with Gillan and Elfman.

Composer Danny Elfman has collaborated with such directors as Tim Burton and has scored more than 100 films including Disney favorites such as The Nightmare Before Christmas and Alice in Wonderland.

“We’re so pleased that Emily and Karen chose Disney Branded as their home,” said Ayo Davis, president of Disney Branded Television. “They’re exceptional at creating characters that embody powerful moments of anticipation, humor, and warmth. Along with Danny, a music visionary who sees all the magic that’s possible in a story, we know that we are in great hands.”

No release time frame has been revealed for the Rhona Who Lives by the Rivers development. We will keep you posted with updates!

Are you looking forward to seeing how this Marvel star and The Nightmare Before Christmas composer collaborate on this new film? Let us know your thoughts in the comments!