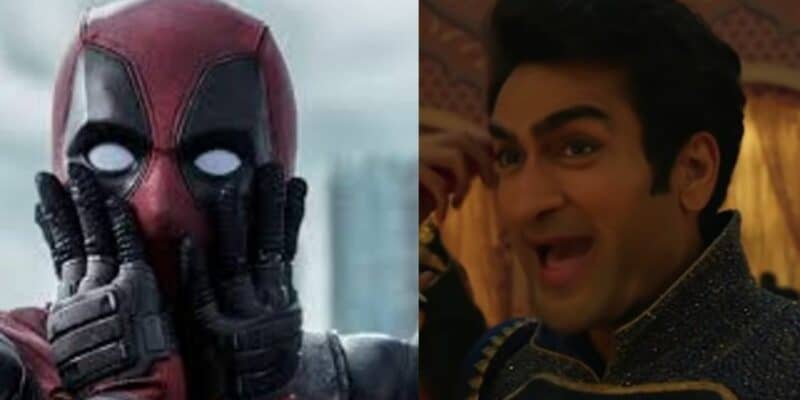 Marvel fans still have a long wait for Marvel Studios to give Wade Wilson/ Deadpool (Ryan Reynolds) his R-rated film. The Merc with a Mouth crossed over from the Fox Marvel Universe to the MCU in a promo with Korg (Taika Waititi) for Free Guy (2021). But with no release date in sight, Deadpool 3 feels like it’s stuck in limbo. But that hasn’t stopped star Ryan Reynolds from coming up with ideas – including possibly bringing inspiration from Bollywood.

Ryan Reynolds is making the rounds promoting Netflix’s Red Notice, which also stars Dwayne Johnson and Gal Gadot. The Hindustan Times took the chance to ask Reynolds if he would consider adapting Free Guy for Bollywood but he surprised them by saying he would rather bring Deadpool. He said:

“I think it’d be easier for Deadpool to embrace the Bollywood culture. Guy in ‘Free Guy’ is a non-playable character, he exists only in the digital world. But Deadpool’s real flesh and blood so that I think it’d be Deadpool.”

The Marvel Cinematic Universe recently brought Bollywood elements to American audiences in Eternals, which is in theaters now. One of the Eternals, Kingo played Kumail Nanjiani has spent his long time on Earth staring in Bollywood films, reintroducing himself as his own son over and over.

Kingo provides the comic relief in the latest serious MCU film. Eternals has had mixed reactions from fans and critics but Nanjiani’s performance has been highlighted as scene stealing in some reviews. And Reynolds might have accidently clued into what fans love about Kingo and his Bollywood roots, saying:

Related:  The “Entire Marvel Universe” Is Officially In Danger

Ryan Reynolds may have had this thought in his head before this interview. Deadpool 2 (2018) featured a Bollywood song ‘Yu Hi Chala Chal’ by Javed Akhtar from the film Swades. It shows up in a scene where Dopnindar (Karan Soni) gives a cab ride to Deadpool and Cable (Josh Brolin).

There is plenty of time for Blake Lively’s husband to work in another Bollywood Easter Egg into Deadpool 3. The script by Wendy Molyneux and Lizzie Molyneux-Logelin (Bob’s Burgers) is still in the works. There is no director attached to the film and no cast members beyond Reynolds have been announced. And, Reynolds recently announced he was taking an acting sabbatical.

Though Zazie Beetz (Dominio) and Josh Brolin, who also played Thanos in Avengers: Infinity War (2018) and Avengers: Endgame (2019), have expressed interest in returning for the next Deadpool film.

Let us know if you want to see Deadpool in a Bollywood-inspired scene.