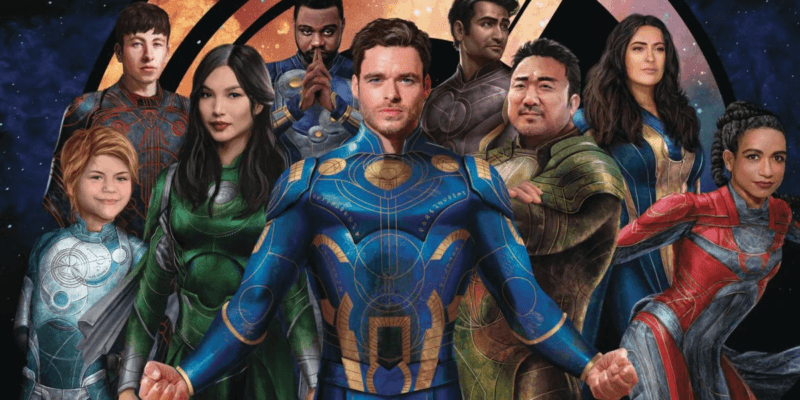 Marvel Studios’ Eternals release date of November 5, 2021, is fast approaching and the expectations for the Chloe Zhao (Nomadland) film are soaring. Its ticket pre-sales have already surpassed the other MCU releases this year — Black Widow and Shang-Chi and the Legend of the Ten Rings. The film is set to be the most diverse yet in the Marvel Cinematic Universe.

Related: A Complete Guide to Marvel Films and TV Shows on Disney+

The Eternals cast includes many big names that are currently out promoting the film. Kumail Nanjiani, who plays Kingo, made a splash when he was announced for the Marvel film. His body transformation shocked fans who knew him from his comedy days and from The Big Sick (2017).

He recently sat down with Jimmy Kimmel and discussed his experience on set with director Chloe Zhao and the rest of the Eternals cast. He told Kimmel that:

He might not have much confidence in the finger guns because he confessed to Kimmel that he “felt stupid for six months doing this every day.”

But when Kumail Nanjiani first saw a finished clip of his powers in action, he exclaimed, “It looks pretty cool!” Co-star Salma Hayek was beside him on Jimmy Kimmel Live when the clip was revealed and had nothing but nice things to say about Nanjiani. She said:

“But I got to tell you something funny about that. He’s a really hard worker, and he had to do sign language, and there’s a lot of stuff that he does with his hands, and there’s also a Bollywood dancing number. Sometimes you would see him on his own going… (mimics vague hand movements) You didn’t know if it was the Bollywood or sign language or coming up with different ways (for finger guns).”

Eternals will also introduce Kit Harrington as Dan Whitman AKA Black Knight and Haaz Sleiman as Phastos’s currently unnamed husband. The team of Eternals will face off against the villain Kro (heavily rumored to be voiced by Dan Stevens).

Marvel Studios’ official description of Eternals only gives fans a taste of what to expect:

“Marvel Studios’ Eternals features an exciting new team of Super Heroes in the Marvel Cinematic Universe, ancient aliens who have been living on Earth in secret for thousands of years. Following the events of Avengers: Endgame, an unexpected tragedy forces them out of the shadows to reunite against mankind’s most ancient enemy, the Deviants.”

Marvel’s Phase Four is the biggest phase yet and we are still at the very beginning. Let us know in the comments what you are most looking forward to.