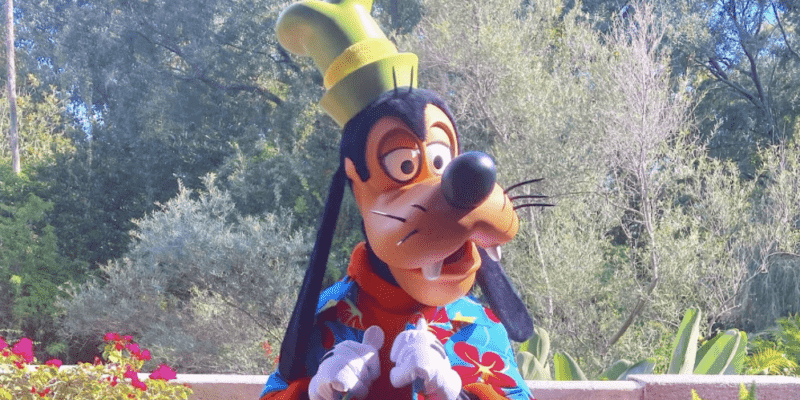 Related: Disney World Takes a Massive Cut, Loses Nearly 70% of Guests Due to the Pandemic

Although Guests age 2 and over are still required to comply with Centers for Disease Control and Prevention (CDC) guidelines by wearing face masks indoors, social distancing measures have been removed in almost all areas of the property’s four theme parks, parades are returning this holiday season, and character experiences are resuming — Guests can once again meet Disney Princesses and Mickey Mouse, for example!

Now, it seems that some Guests at Disney’s Hollywood Studios Park were treated to an extra special — and unexpected — character experience when Goofy and Max appeared at The Twilight Zone Tower of Terror.

One Twitter user shared fun photos of the father and son duo, writing:

This has not, to date, been a normal spot for any Disney Parks characters to appear since Disney World’s pandemic closure. It is not yet known if Goofy and Max or other fan-favorite characters will make regularly scheduled appearances in this location moving forward.

The official description of the Tower of Terror reads:

Have you seen characters at the Tower of Terror recently?