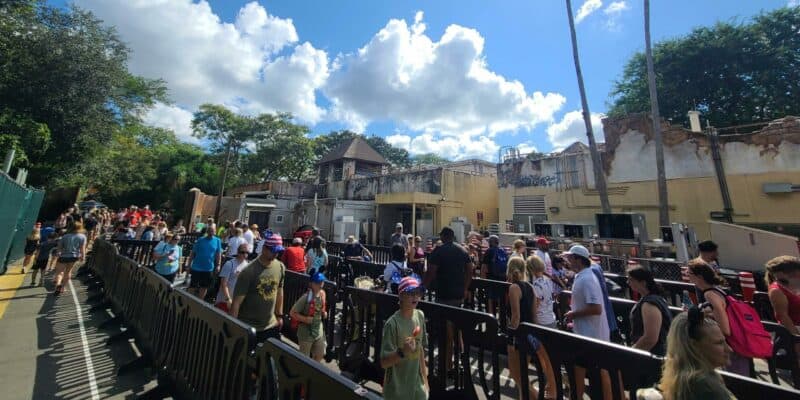 Despite the theme parks at Walt Disney World phasing out social distancing for months now, long lines and crowds are continuing to form, which is forcing the Disney Parks to continue opening up backstage areas to accommodate Guests.

At Disney’s Animal Kingdom, the queue for Kilimanjaro Safaris built up, forcing Guests to go backstage once again. Reddit user deluxkingdaniel shared the following photo, which was taken on October 11, saying:

The Backside of Disney, brought to you by the Kilimanjaro Safaris’ extended Covid queue.

The Backside of Disney, brought to you by the Kilimanjaro Safaris’ extended Covid queue. from disneyparks

We do know that the capacity levels at Walt Disney World have already begun increasing since the theme parks first reopened last summer as Disney CEO Bob Chapek confirmed this earlier this year. At this time, we do not know exactly what percentage of capacity Disney World is operating at, but we know it is higher than 35% — And you can see from the crowds and long lines, the capacity increase is obvious.

If you are planning on visiting Disney World on your next vacation, be sure to familiarize yourself with the current safety protocols at the theme parks. The Disney Parks are continuing to evaluate the protocols and modifying them as needed.

You can view the most up-to-date protocols at the Disney Parks by visiting the official Walt Disney World website here.

Have you ever waited backstage for a Disney ride? Let us know in the comments below.