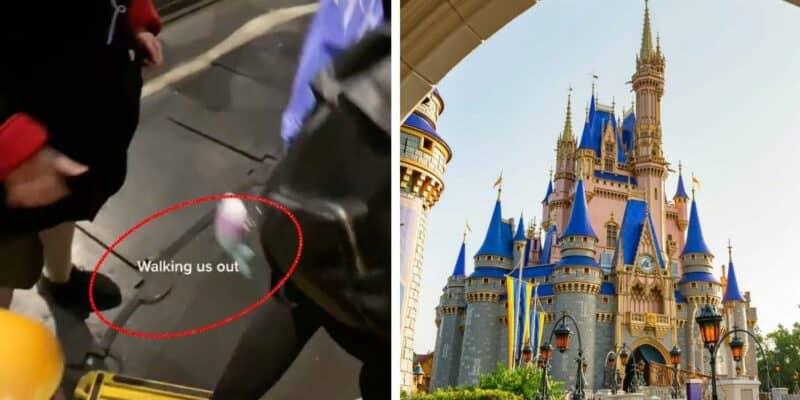 Disney World Guests were recently evacuated from the popular Magic Kingdom attraction, The Many Adventures of Winnie the Pooh after a “honey spill”.

While there is much Disney magic to be had at the Orlando Disney theme park and Disney Springs, the Resort is also in the middle of many projects intended to make each Guest’s Disney vacation even more special. From Guardians of the Galaxy: Cosmic Rewind at EPCOT to the demolition of polarizing Animal Kingdom attraction, Primeval Whirl, the Disney World Resort continues its developments for the future.

In addition to the various bits of construction, the Disney magic for some Guess was burst when a “honey spill” caused their trip to The Hundred-Acre Wood to be cut short. The attraction in Fantasyland at Magic Kingdom Park got into difficulties with Guests eventually being evacuated from their ride vehicles and walking along the track to exit the broken down attraction.

Getting stuck on a ride at Disney World

The video shows the ride vehicle at a complete stop with the lights on inside the attraction that usually shows characters like Winnie the Pooh, Tigger, and Eeyore. From the video, we can see that Cast Members, despite the malfunction, were keeping The Hundred-Acre Wood World alive, claiming the issue to be a “honey spill”.

The end of the video reveals that Cast Members working the attraction gave Guests hindered by the evacuation a complimentary FastPass. This is not unusual at Disney Parks, as we have seen time and time again when rides are broken down and/or evacuated, including more at The Many Adventures of Winnie the Pooh.

Guests experiencing Rock ‘n’ Rollercoaster Starring Aerosmith at Disney’s Hollywood Studios were evacuated from the “highest hill” while on the other coast, Guests riding Pirates of the Caribbean were recently evacuated by firefighters after being stranded in boat vehicles for up to 90 minutes — both of these events had Guests reporting they received a complimentary FastPass for another attraction.

In terms of FastPass, Disney World, of course, debuted its new Disney Genie system at Walt Disney World on October 19, along with the new paid FastPass replacement — Disney Genie+ and Individual Lightning Lane Selections. Using the new system, Guests can now pay an additional fee to ride fan-favorite attractions like Star Wars: Rise of the Resistance and Remy’s Ratatouille Adventure.

Have you ever been evacuated from a Disney Park attraction? Let us know in the comments down below!