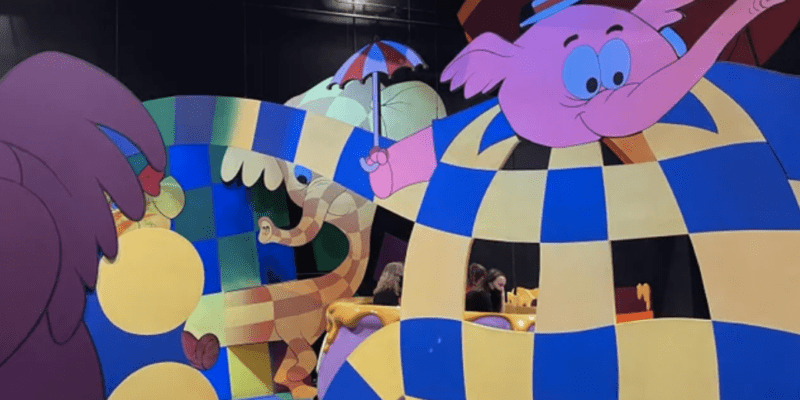 Walt Disney World Resort’s The Many Adventures of Winnie the Pooh ride is a Guest favorite — the classic A.A. Milne characters and colorful scenes make the trek through the Hundred Acre Wood a delight for all ages.

But, during Magic Kingdom Park’s Boo Bash After Hours event recently, some Guests experienced a Heffalump-sized fright when they were evacuated from the ride during the Halloween bash.

Got evacuated off of Winnie the Pooh during Boo Bash the other night https://t.co/Rtol5eUsDL #WDWonReddit #WaltDisneyWorld #WDW #DisneyWorld

The photo accompanying the post, quite appropriately, shows that the Guest in question was in the Heffalump-themed nightmare scene on the ride when the lights came on and the evacuation occurred.

It seems that all was well, however, and all Guests safely exited the ride. It is worth noting that Disney World Cast Members do everything they can to keep rides and attractions at all four Disney World theme parks — Magic Kingdom, EPCOT, Disney’s Animal Kingdom, and Disney’s Hollywood Studios — operational on a daily basis.

However, sometimes unexpected downtime and evacuations do occur due to mechanical problems and general maintenance. If you are at Walt Disney World Resort, check the My Disney Experience app for the latest wait times and closure details.

More on The Many Adventures of Winnie the Pooh

The official description of The Many Adventures of Winnie the Pooh reads:

It’s a delightful romp through scenes and songs scenes made famous in the classic Disney film Winnie the Pooh.

Before Your Adventure
Explore Rabbit’s Garden, paint with honey and visit Eeyore’s home.

Have you ever been evacuated from a Disney Parks ride?

Comments Off on Boo Bash Guests Experience a Fright, Evacuated From Popular Ride