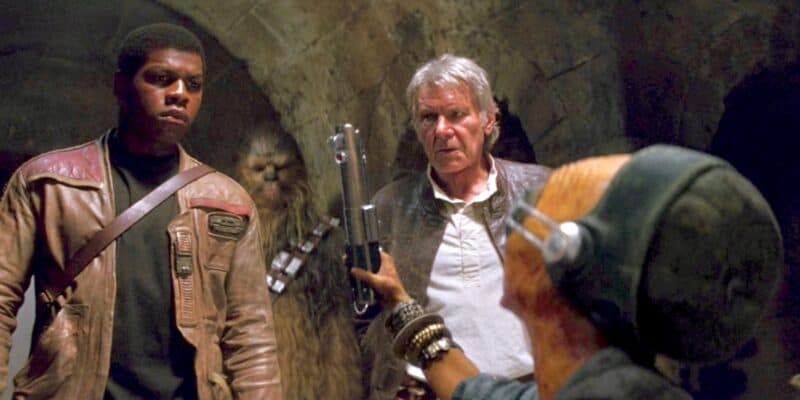 This December will mark six years since The Walt Disney Company and Lucasfilm brought Star Wars back to the big screen with their launch of the sequel trilogy. When Star Wars: Episode VII — The Force Awakens (2015) debuted in theaters it brought legions of fans back to the iconic world George Lucas created in 1977.

The movie introduced characters in new yet sometimes achingly similar events, capturing the vast scale of the epic space opera. Now, years later, one character just made their Star Wars return and it could pave the way for more appearances in the future.

The relatively warm response to Star Wars‘ return to cinema was diluted as the sequel trilogy wore on. Rian Johnson’s Star Wars: Episode VIII — The Last Jedi (2017) split the fandom rather dramatically, while Abrams attempt to close out the trilogy with Star Wars: Episode IX — The Rise of Skywalker (2019) caused further controversy with its handling of overarching plot points and lack of character development in the Star Wars canon.

But, sending our minds back to the beginning of the Star Wars trilogy and The Force Awakens, one character from Abrams’ freshman outing for Star Wars just made their franchise return.

Which character is back in Star Wars?

Lupita Nyong’o’s Maz Kanata first entered the galaxy far, far away when Han Solo and Chewbacca took Rey and Finn to the planet Takodana to meet the cantina owner. It was here that Kanata attempted to gift Rey Luke Skywalker’s lightsaber — formerly his father’s, Anakin Skywalker’s — before handing it to Finn for safekeeping during the First Order’s assault on the establishment.

It was never fully explained why Maz Kanata had Luke Skywalker’s lightsaber, as StarWars.com explains:

Obi-Wan Kenobi took Anakin’s lightsaber and kept it on Tatooine for nearly two decades. He gave it to Luke Skywalker, who lost it when Darth Vader struck off his son’s hand in Cloud City. The lightsaber then became part of Maz Kanata’s collection of Jedi curios, where it called to the scavenger Rey.

However, Star Wars is now doing what it has been doing for the original trilogy and is filling in the gaps with other related media.

The Star Wars: The High Republic franchise takes place years before the events of the prequel trilogy began, offering a detailed look at the “Golden age of the Jedi” and the beginnings of their war against the Sith through novels, comic books, and, eventually, the live-action universe — Leslye Headland’s Star Wars: Acolyte will take place in the High Republic Era.

One of the series within this multimedia event is Daniel José Older’s and Harvey Tolibao’s Star Wars: The High Republic Adventures, and it is an issue here that saw Maz Kanata return to the galaxy. Per ComicBook:

This week, issue #9 was released, and Maz plays a significant role. The entire issue takes place on Takodana […] In the High Republic era, the castle is already there, but it’s sitting next to a Jedi Temple that is no longer around hundreds of years later.

The comic finally gives some answers as to why Kanata knew so much about the Jedi:

The comic issue, from writer Daniel Jose Older and artist Toni Bruno, explains what happened to the Temple on Takodana. It also reveals how Maz is connected to one of the young Padawans at the time, having found him when he was a baby and aiding in his upbringing.

This is perhaps most intriguing in the way Kanata’s inclusion in The High Republic Era exemplifies just how old the character is by the time of the Star Wars sequels. Not only that but the “pirate queen” could possibly return to the live-action universe in Headland’s Acolyte. The character’s minimal screen time in The Force Awakens drew criticism but many fans lauded the computer-generated imagery and motion capture used to bring Nyongo’s character to life.

With a big name like Nyong’o — who will next appear for Disney in Ryan Coogler’s Black Panther: Wakanda Forever (2022) as Nakia — it wouldn’t be a surprise if the actress did come back to Star Wars in a more fleshed-out role.

Would you like to see Maz Kanata come back to the Star Wars galaxy in live-action? Let us know in the comments below!