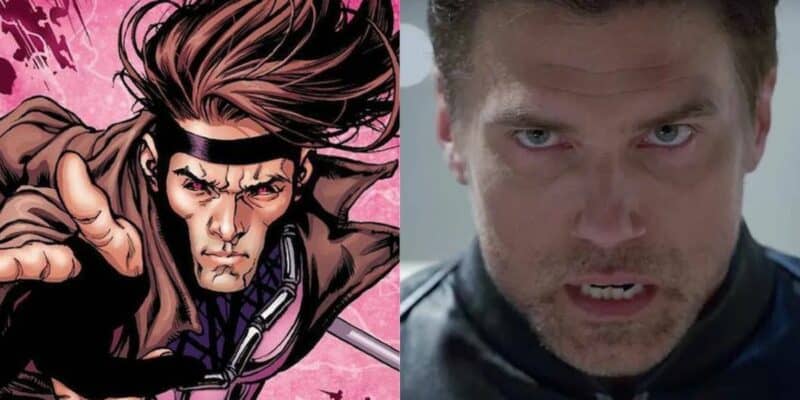 If you do not remember Marvel Television’s Inhuman series, which ran in the fall of 2017, you are not alone. And Marvel Studios boss Kevin Feige would properly prefer it that way. The eight-episode series left a terrible taste in Marvel fans’ mouths and received an abysmal 11% on Rotten Tomatoes. Now, one of the stars of the show — Anson Mount — wants a second chance in the Marvel Cinematic Universe.

In the days before the amazing run of Marvel shows on Disney+, Marvel Television was trying to make the MCU work on the small screen. It produced fan-favorite shows like Agents of SHIELD and Agent Carter. But after Agent Carter, starring What If…?’s Hayley Atwell as Peggy Carter, was canceled after only two seasons, ABC was looking to expand its Marvel lineup. Though whether any of these shows are cannon is up in the air.

Inhumans was originally slated to be a film in Marvel’s Phase 3, but it was scrapped, and ABC picked up the Inhumans to develop a TV show. At the time, the Inhumans were seen as a lesser version of the X-Men, and Marvel Comics was trying to create more titles for them as Marvel Studios did not have the rights to the characters. Kamala Khan AKA Ms. Marvel was the most successful character and will be getting her own Disney+ series next year, but her Inhuman origin will be retconned.

The show starred Serinda Swan as the Inhuman Queen Medusa, Iwan Rheon (Ramsay Bolton from HBO’s Game of Thrones) as Maximus the Mad, and Anson Mount as the mute Inhuman King Black Bolt. Anson Mount’s portrayal received some backlash after show creator Scott Buck (who also worked on Netflix’s Iron Fist — another Marvel series that fans did not particularly enjoy) decided to try to create a new version of sign language for Black Bolt but stole symbols from American Sign Language (ASL). The end result was gibberish that divided fans on whether it was appropriate.

Related: Marvel Writer Received Hate Mail Over ‘What If…?’

Anson Mount recently became the star of the new Star Trek: Strange New Worlds series as Captain Christopher Pike. Anson Mount will also be the voice of Bruce Wayne AKA Batman in Warner Bros.’ animated Injustice film, and he recently sat down with Screenrant and revealed he is not ready to leave Marvel Studios behind for good.

He revealed that his ideal Marvel character would be X-Men’s Remy LeBeau AKA Gambit:

“If you give me my choice of Marvel characters, I think Black Bolt would have been number two, second only to Gambit. Gambit is just one of the coolest characters in the Marvel universe and obviously I’m partial to him because he’s the Southern superhero. He’s definitely not one of the more powerful characters if you line them all up facing each other.”

He is not wrong. Gambit is one of the most powerful characters in Marvel Comics with the ability of Molecular Acceleration. That means he can take the potential energy stored in any object, such as his trademark playing cards, and convert it into kinetic energy, thus turning it into a bomb.

Related: Tragedy Strikes as Marvel Comics Are Lost and Ruined

Gambit and Black Bolt Have One Thing in Common

Like Black Bolt, Gambit has never gotten a proper live-screen adaptation. He has only ever appeared in what is considered one of the worst Marvel movies of all time – X-Men Origins: Wolverine (2009). The film Hugh Jackman as Logan/Wolverine and introduced Ryan Reynold’s Deadpool/ Wade Wilson, AKA the Merc with a Mouth. The version of Deadpool since in Origins took seven years to erase with Deadpool (2016).

Origins had a small cameo with Taylor Kitsch as Gambit but the Ragin’ Cajun has been cursed ever since. Channing Tatum was signed on to star in a solo film directed by Doug Liman, but it never came to pass. When Disney bought 20th Century Fox, all the projects they were developing for the mutants were canceled.

Marvel Studios is currently developing the X-Men’s introduction into the Marvel Cinematic Universe. Its rumored title is The Mutants. The film is still in the early stages but could show up in Marvel’s Phase 4 as early as 2024.

Rumors suggest we could see some mutants like Ororo Munroe AKA Storm in Black Panther: Wakanda Forever (July 8, 2022). And Black Widow (2021) actor Oliver Richters (Ursa Major) claims to be the first MCU mutant. So perhaps Anson Mount could get a chance at Gambit sooner than later.