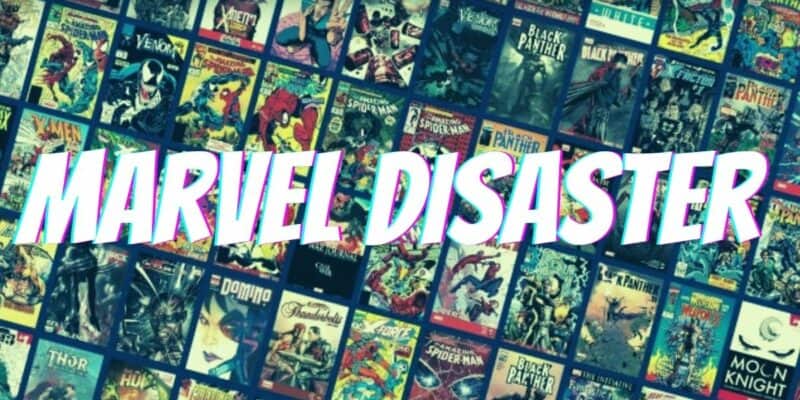 Marvel Comics announced back in March that it planned to end its agreement with Diamond Comic Distributors and starting this week all their most popular titles would be distributed by Penguin Random House Publisher Services. And to say the shipment went poorly would be an understatement.

We are writing to let you know that the shipment of Marvel items coming from Penguin Random House has gotten lost on its way to us. It is currently being looked for but since we have not yet received any of our Marvel items for this week we are unable to start processing shipments. We sincerely apologize for the delay that this is causing and appreciate your patience.

But that is far from the only bad news to come from updates from this week’s shipment of Marvel Comics. Complaints about poor packaging are running wild from comic book retailers. Power Pack Nation shared a truly heart-breaking image of damaged issues they received, saying:

Books literally bent and folded over themselves and other books in the box!

Books literally bent and folded over themselves and other books in the box! pic.twitter.com/n13JiCmfWZ

Honestly, it hurts to look at that cover of Iceman. Power Pack also reports that they are missing an entire box from their shipment, saying:

Diamond’s had their shipping problems, but never anything like this. We got 1 box filled with basically kindling, 1 box that we’d never find acceptable from Diamond or Lunar, but in this case are reluctantly considering “good enough” just to have some product, and according to the website, there’s a 3rd box of some pretty major books (like Immortal Hulk #50 and all the Star Wars, plus some other stuff) that they haven’t even bothered to ship out yet. Just a disaster

And while retailers expected there to be kinks to work out with a new distributor this disaster was not what they had in mind. One retailer, Mike Beyer reported that nearly 70% of his order was unsalvageable. And shared an image of one box he received that had burst down the side:

Retailer Gary Slaughter told Bleeding Cool, “As a retailer, this is the worst thing that’s ever happened. I’m on with Penguin House as I throw this and we’re told… ‘dings and bends are sellable, you can’t submit that as damaged,’ and tell customers that to their faces!”

It is as if Penguin has never heard of the Comic Book Grading scale that uses a ten-point grading scale to assign values to comics. Once a comic is damaged to the extent seen in the photos above, it is basically worthless to collectors.

So to all those Marvel fans who can’t get their hands on this week’s The Amazing Spider-Man, they will need to check out the digital Marvel Comics shop or wait for it to show up on Marvel Unlimited.

Let us know the comments if you have seen any damage from the shipment in your local shops.