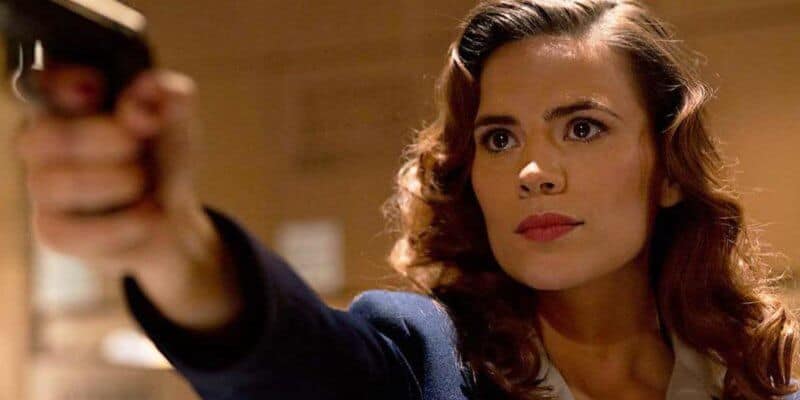 Disney+ is the home for most of the Marvel films and series from Marvel Studios. While its vast Marvel collection is far from complete, the streaming service is adding new stuff all the time. Just two weeks ago Disney+ added the short film Marvel One-Shot: Agent Carter. But now Marvel fans have noticed it had mysteriously vanished from the streaming platform.

Marvel One-Shot: Agent Carter was added after Peggy Carter returned to the Marvel Cinematic Universe in the new animated series What If…? in the first episode called “What If…Captain Carter Were the First Avenger?”

Marvel’s What If…? brought back Hayley Atwell as the voice of Agent Peggy Carter, from Captain America: The First Avenger (2011) and replaced Steve Rogers’s Captain America (Chris Evans) with Peggy Carter taking the super-soldier serum. Captain Carter is rumored to return in What If…? season two and Doctor Strange in the Multiverse of Madness (March 25, 2022).

The Agent Carter One-Shot takes place one year after The First Avenger when Peggy Carter was a member of the Strategic Scientific Reserve (SSR), the precursor to SHIELD. It was directed by Louis D’Esposito and written by Eric Pearson.

Agent Carter was relegated to desk duty after the end of the war and struggles against the misogyny of the SSR. While alone working on compiling data for the SSR she discovers the location of the Zodiac serum and goes to retrieve it single-handedly.

Peggy Carter also received her own episode of the Disney+ recap show Marvel’s Legends. It notably included no footage of her live-action series Marvel’s Agent Carter, which aired on Disney-owned ABC for two seasons between 2015 and 2016. Agent Carter season two ended in a cliffhanger.

The full series is currently available on Disney+ but its status as MCU canon is up for debate along with Agents of SHIELD. Both ABC series were produced by Marvel Television and not Kevin Feige’s Marvel Studios and while they referenced the events of the Marvel films, the movies never returned the favor. Though Agent Carter actor James D’Arcy reprised his role as Stark’s butler Edwin Jarvis in Avengers: Endgame (2019).

It seemed like Marvel was in the process of adding the short films that were originally included on the DVDs to Disney+. All Hail the King debuted ahead of Shang-Chi and the Legend of the Ten Rings (2021) to remind fans of what happened to Ben Kingsley’s Trevor Slattery after the events of Iron Man 3.

Other Marvel One-Shots that fans were hoping to show up on Disney+ included The Consultant, A Funny Thing Happened on the Way to Thor’s Hammer, and Item 47. But now that Agent Carter has vanished without a trace it seems like they might not come any time soon.