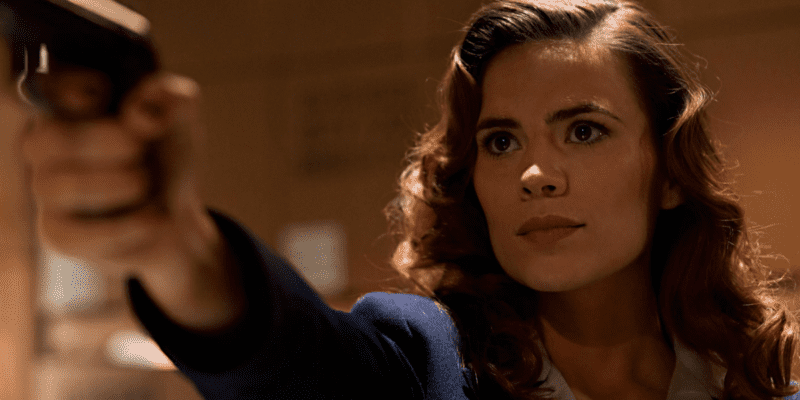 Actress Hayley Atwell — beloved by Marvel fans for her role as Peggy Carter in the MCU — will soon be taking on the role of another iconic hero. In the recently announced Netflix series Tomb Raider, Hayley Atwell will portray the archeologist and adventurer Lara Croft. Following her popular run voicing the super soldier serum-enhanced Captain Carter on Marvel’s What If..? series, Hayley Atwell is set to lend her vocal talents to the upcoming anime series based on the popular Tomb Raider video game series. As production ramps up for the eagerly anticipated series, Square Enix announced two more actors added to the cast.

Netflix and Legendary Television are partnering with Powerhouse Animation for the Tomb Raider series — a studio renowned for their work on Castlevania, He-Man and the Masters of the Universe, and Blood of Zeus. Hayley Atwell recently wrapped production on Mission: Impossible 7 (2022) opposite Tom Cruise and is rumored to join the live-action Marvel Cinematic Universe again as Peggy Carter. Following the glowing reception from fans, rumors swirl that audiences may get to see a lot more of Captain Carter and the Guardians of the Multiverse. What If…? Season 2 has already been announced, and Marvel boss Kevin Feige has also hinted that What If…? characters — like Atwell’s Captain Carter — could spin into other mediums. Could that be the Avengers 5 film?

Hayley Atwell as the voice of Captain Carter — an alternate timeline version of Captain America — in What If…? is just the latest turn for the actress in the Marvel Cinematic Universe. Hayley Atwell first played Peggy Carter in 2011’s Captain America: The First Avenger as the romantic interest of Steve Rogers (Chris Evans). The instant popularity of Peggy Carter landed Atwell an ABC special one-shot, Agent Carter, which led to an Agent Carter series. Marvel’s Agent Carter ran for two seasons from 2015 to 2016.

“Picking up after the events of the highly successful Tomb Raider videogame Survivo.r trilogy as told in 2013’s Tomb Raider, 2015’s Rise of the Tomb Raider, and 2018’s Shadow of the Tomb Raider, the animated series will chart the globetrotting heroine’s next chapter as she takes on the role of the iconic tomb raider that she is destined to become. Twenty-five years after her first game appeared, Lara continues to explore new territory.”

Do you think Hayley Atwell will make the perfect Lara Croft? Let us know in the comments!