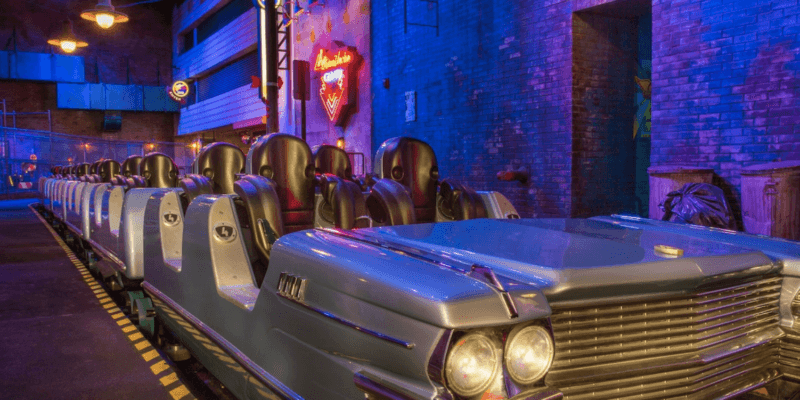 One attraction that has been around for quite some time now and still garners massive wait times and satisfaction for Guests is Rock ‘N’ Roller Coaster Starring Aerosmith at Disney’s Hollywood Studios.

The attraction takes Guests along in a super-stretch limo where you ride at lightning speeds of 60 mph to make it to Aerosmith’s concert and enjoy the backstage passes that were offered during the attraction’s pre-show. The ride debuted in 1999 and has since encountered quite a few technical problems over the years. While some love the Aerosmith soundtrack that blasts as you ride along, others are ready to see the ride get a new theme as the band is not as relevant now as they were when the ride was created.

In Disneyland Paris, we have seen their version of the attraction close down in favor of an Iron-Man coaster to replace it for the Park’s Avengers Campus. In Disney World, due to contracting rights with Universal Orlando Resort, we will not be able to see the coaster get the same treatment, but now, it seems Universal Music Group has a new contract that could stand in the way of the attraction.

Disney had to sign a licensing deal with the band when creating the ride, a contract that is rumored to be coming to an end shortly. Although nothing has been said, the gift shop at the end of the attraction no longer has any Aerosmith merchandise, so the contract may very well already be up. Once the contract ends, Disney would either have to resign a deal, now with Universal Music Group, to keep the attraction themed to the band.

Rolling Stone reported that Universal would have full control of the entire music catalog starting this year.

As a result of the new partnership, UMG will become home to Aerosmith’s entire recorded music catalog in 2022, as well as future music releases, merchandise and audio-visual content.

It will be interesting to see if the company will want to redesign and keep the attraction or if they will choose to retheme it all together. With Universal Music Group owning the rights to the music group, perhaps we could also see more Aerosmith at Universal Orlando Resort if they choose to move towards a licensing deal with UMG. Roller coaster Rip Ride Rockit could benefit by adding the music as another option for Guests to listen to. Again, as Universal Music Group is a separate entity to Universal Orlando Resort, this would need to be its own separate deal.

At the moment, we will have to wait and see if any changes are announced with the coaster, which we will surely see by next year if anything is expected to be altered.

Do you think Rock ‘N’ Roller Coaster Starring Aerosmith needs to go? Let us know in the comments below!