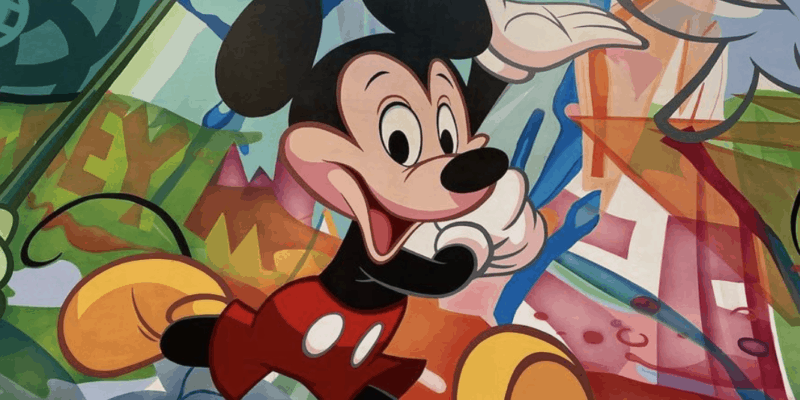 From exciting restaurants like Space 220 to the addition of new rides like the Guardians of the Galaxy: Cosmic Rewind roller coaster and Remy’s Ratatouille Adventure in the World Showcase’s France pavilion to the release of Disney’s largest ever nighttime spectacular, Harmonious, EPCOT is well and truly entering the 21st century.

Related: There’s a Secret Room In EPCOT (And It’s Air-Conditioned!)

Among the Disney World Park’s many recent changes is the closure of fan-favorite store, MouseGear, in favor of a brand new location called the Creations Shop. Now, Walt Disney Imagineer Zach Riddley has shared a brand new glimpse at the store — a Mickey Mouse mural.

He wrote a lengthy caption to accompany the post, which partially reads:

EPCOT has a wealth of original art and artifacts installed through the park that tells OUR story – of history and wonder and curiosity. Since the beginning, murals like the ones we see at Spaceship Earth, Living with the Land, and all throughout World Showcase have been an important piece of EPCOT. Continuing this legacy of original art pieces, our team leading this transformation has found ways to represent both the creativity of the artists and the inspiration they bring to all who come to this place.

This was a driving idea behind Creations Shop – a place dedicated to creative inspiration and commemoration that comes from the wonderful souvenirs we collect to mark our experiences. Today, I am excited to reveal – for the first time – one of these original art pieces installed in Creations Shop, featuring our muse for creativity, Mickey Mouse.

Like all original pieces of art – this one has a title: Mouse in Motion!

This mural is hand-painted, and as you move closer, you can see the brushstrokes and movement directly from the artist’s hands. And this mural is large – spanning over 35 feet. It is placed on the south end of our shop, in a position that you can admire from all corners of this new space.

As you can see, a version of this mural was featured [above, on the far righthand side] in Disney’s Creations Shop concept art, but the real deal looks a little bit different — and fans are none too happy about it. Riddley’s Instagram followers were not shy about expressing their mural opinions, most of them on the negative end of the spectrum.

A user going by tyle005 wrote, “This is hideous. How can you compare that to the actual works of art found elsewhere in the park?”

Creations Shop features a bold, sleek design that creates a perfect showcase for the rich variety of items you’ll find as part of your EPCOT experience. It will be an open, bright, welcoming environment with huge glass walls that allow sunlight to pour in and make you feel like you’re in touch with nature even while indoors. We are using color, materials and light in new ways with some unique EPCOT touches that connect back to this park’s storied past while looking to the future.

At this time, an official opening day for the new EPCOT store has not been announced, but Disney has not strayed from their previous “Summer 2021” date, so it will presumably be available to Guests by Disney World’s 50th anniversary celebration, which begins on October 1, 2021.

What do you think about this mural?