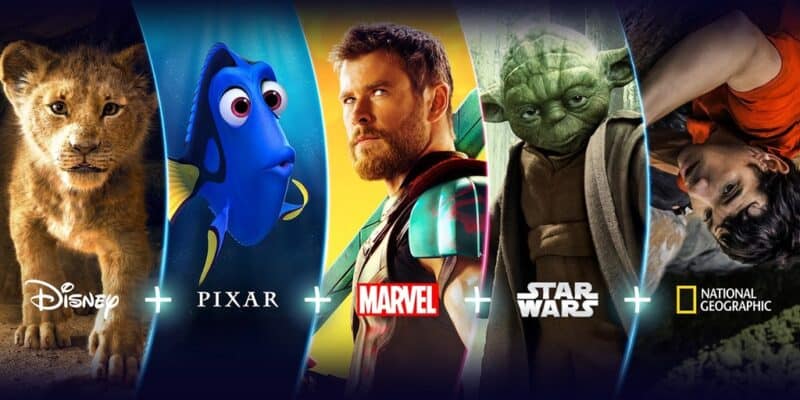 Bob Chapek and many Wall Street analysts agree that the Disney stock sell-off and shrinking subscriber growth for the Disney+ streaming service are not necessarily negative indicators of The Walt Disney Company‘s long-term health — predicting a rebound is imminent.

Disney shares ended trading on Tuesday down 4.1%. Wall Street has remained high on media conglomerate stalwart throughout the pandemic and resulting economic downturn, and DIS stock prices have reflected that. During his address, Chapek said, “We are going to see a little bit more noise than maybe [Wall Street] projects quarter to quarter. The resurgence of COVID and Delta did impact some of our productions.”

Related: Delta Variant Impacted Disney Productions, Though Hundreds of Projects Are in the Works

Disney+ has been surpassing subscriber expectations for most of its lifespan — adding 12.4 million new subscribers in the 3rd Quarter — but has “hit some headwinds” in Q4. The rise of Disney+ as a streaming platform has exceeded expectations so far, but a leveling off of growth is the last thing Disney investors want to see. Competitors Amazon Prime and Netflix each have more than 200 million subscribers compared to Disney’s 116 million.

Disney had previously projected that Disney+ was on track to hit between 230-260 million subscribers by 2024. Landing in that neighborhood would potentially give Disney+ a larger audience than Netflix and Prime. While Q4 issues of The Walt Disney Company may seem to threaten those lofty predictions, Chapek doesn’t seem overly concerned, describing the setback as temporary and expected, saying

“The quarter-to-quarter business is not linear. What we are finding out as you’ve seen from our last several quarters in terms of our earnings, is that these numbers tend to be a lot noisier than a straight line.”

Some analysts predict the Disney stock sell-off will be short-lived, predicting a rebound of nearly 30% in the short term.

Related:’Hawkeye’ Is the Most Anticipated Marvel Project, According to Twitter

The announcement of Disney’s Q4 slowdown came with plenty of other major announcements from Chapek. He weighed in on the Scarlett Johannsson lawsuit, praised the ingenuity of Disney Parks’ reservation system, and announced an exciting lineup of content coming to Disney+ on November 12 as part of “Disney Plus Day.”

Related: Olaf Gets His Own Disney+ Series Recapping Disney Classics

“It will be this ultimate crescendo of everything that’s magical about the Walt Disney Company, and really starting to use Disney+ as this companywide platform that goes beyond a movie service.”

Related: Too Much ‘Star Wars’? Lucasfilm “Mindful” of Disney+ Oversaturation

The Walt Disney Company has seen positive numbers in Disney Parks attendance and spending even with the surge of the COVID-19 Delta variant. Recently relaxed mask requirements have been brought back for indoor rides, queues, and all transportation, but guest attendance has remained strong.

Disney stock has risen 24% since January 2020, and Bob Chapek insists that Disney’s global streaming strategy should be viewed from a long-term perspective. According to Bob Chapek, Disney believes that focusing on delivering great content to its subscribers — and options for consuming that content — is the way to regain form following this current setback.

Disney’s next quarterly results should be announced via an earnings call in November.

Do you think Disney+ is the best streaming platform? Let us know in the comments!