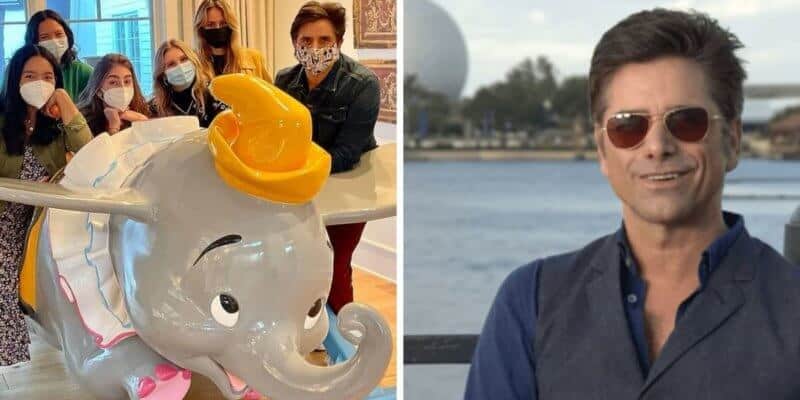 We are around the corner from Walt Disney World’s 50th anniversary, and as we continue inching closer and closer, Disney continues to reveal additional details — including who exactly will be featured in the first-ever interactive character statues.

Disney previously announced a variety of Disney characters who will be featured in the statues, including Mickey, Goofy, Donald Duck, Pooh and Piglet, R2-D2, Cheshire Cat, Timon and Pumbaa, and more!

Now, we know that another iconic duo will be featured on a golden statue — Dumbo and Timothy Q. Mouse from Disney’s animated classic, Dumbo.

John Stamos announced that Dumbo and Timothy Mouse would be one of the statues via Disney Parks Blog’s Instagram Story.

“Hi everyone, I’m John Stamos,” he said in the Instagram Story. “And I’m pleased to announce that Dumbo, Disney’s original big shot, will soon be sculpted at Magic Kingdom Park for ‘The World’s Most Magical Celebration’. Happy 50th, Walt Disney World.”

These 50 golden character statues will honor those who have shaped Disney for us in one way or another. We also know that Sebastian and Flounder will be featured on a statue as Disney Vacation Club announced this a few days ago, as seen in the Instagram post below:

We cannot wait to see who else is added to this incredible lineup. Inside the Magic will continue to update you as we get information regarding the Disney Fab 50 Character Collection.

Who do you think will be part of the Disney Fab 50 Character Collection? Let us know in the comments below.