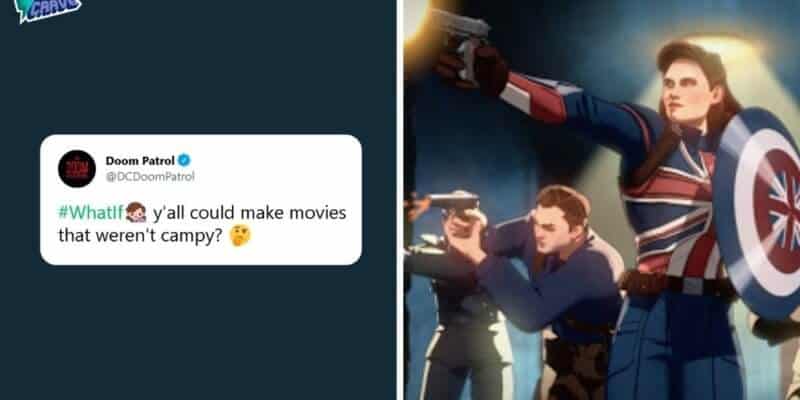 The two largest comic book franchises in the world are Marvel Comics and DC Comics. Lately, we have seen Marvel characters take over the on-screen comic universe after The Walt Disney Company acquired Marvel in 2009.

It seems, however, that DC is not too happy with how the Marvel Cinematic Universe is presenting its films.

DC decided today was an excellent time to take a shot at Marvel, with Marvel Studios’ latest Disney+ series, What If…?, premiering today.

The series is the fourth Marvel Phase 4 series to hit Disney+ — following WandaVision, The Falcon and the Winter Soldier, and Loki. If you saw the end of Loki — spoiler alert — you know that the Multiverse has now been officially introduced.

What If…? takes a look at different timelines and shows audiences alternate realities where pivotal MCU moments unravel differently than they do in the MCU.

Below is a list of some of the characters that viewers can expect to see on the show, which has just become available on Disney+:

Related: How Many Captain Americas Does Marvel Have?

Now, onto DC’s joke. Doom Patrol (@DCDoomPatrol), which is a DC show that follows superhero characters from the DC universe, Tweeted:

Of course, by using the What If…?  hashtag, DC was directing the Tweet directly at Marvel.

Marvel’s latest film release was the highly controversial Black Widow starring Scarlett Johansson, so that could be the “campy” movie in question; however, the plural nature of the Tweet leads us to believe that they are talking about all Marvel Cinematic Universe films as a whole.

What do you think of this DC taking shots at Marvel?