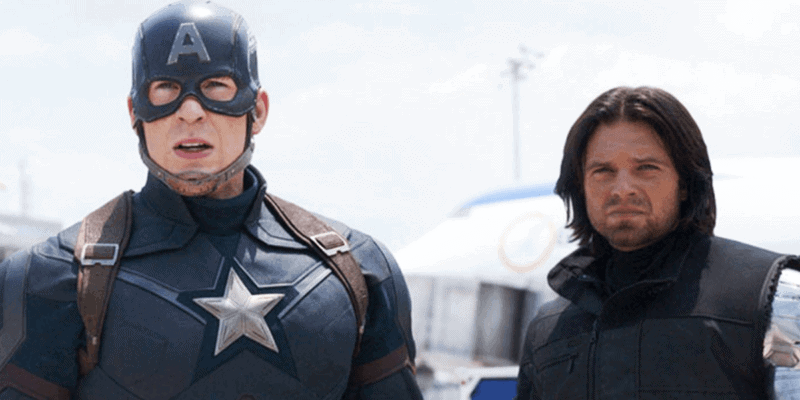 Steve Rogers will always be Captain America. When Jack Kirby and Joe Simon created the character over 80 years ago, they intended for Steve to symbolize the man behind the shield. Over time, however, Cap’s shield rightfully passed to various hands and departed from Steve Rogers’s path as they take up the Captain America mantle.

Important Characters who have been Captain America

From every movie, video game, TV show, comic, and toy, Steve Rogers is present as Captain America. Little do we see other Marvel comic characters representing Captain America in a mainstream way.

Steve Rogers originally took up the Vibranium shield during World War II after taking part in the United States Government’s top-secret super soldier serum program. Proving morally and physically capable of taking on any challenge HYDRA threw at him and rightfully handling the shield, Rogers became a worldwide hero and heavily influenced the Avengers.

Made famous by Chris Evan’s portrayal of Steve Rogers/Captain America in 10 Marvel movies, Steve Rogers will always mind Captain America. Like a frontman in a band, you can never replace the person that made them famous.

Before John Walker or Sam Wilson replaced Steve Rogers as Cap, William Naslund appears as the first canonical replacement of Rogers in Roy Thomas’ What If? #4 in 1977. Originally introduced as “The Spirit of ’76” in Invaders #14, Naslund takes on the mantle of Captain America after Rogers is presumed dead.

Hoping to assist the Allies in World War II, Naslund develops a very particular set of skills by mimicking the fighting techniques of Steve Rogers himself. He is the first of three canonical replacements before Rogers comes back to life. Unfortunately, Naslund was killed in action.

He is the only superhero who takes the mantle for no apparent reason, other than his morals and integrity matching the likes of Steve Rogers himself. No matter what identity he’s sporting, Mace was always meant to represent the best qualities of Steve Rogers.

Introduced in Steve Englehart and Sal Buscema’s Captain America #153, William Burnside officially became the fourth Captain America in 1972. One of the most bizarre iterations of Captain America, Burnside’s time behind the shield was born from an insane obsession over Steve Rogers.

His devotion to Rogers led to Burnside receiving an altered version of the super soldier serum. Like John Walker, the serum negatively affected William Burnside’s cognitive state and caused him to be more insane than he already was. Burnside changed his name, face, voice, and body to match Steve Roger’s.

The serum made Burnside stronger than his idol but caused mental insanity. Placed in prison for numerous decades until a cure was found, Burnside eventually fought Steve Rogers for the role of Captain America.

Made famous by The Falcon and the Winter Soldier, Bradley’s popularity is growing exponentially amongst Marvel fans. In the comics, Bradley orchestrated attacks against Germany to stop their recreation of the super serum soldier. In his final mission, he sported the Captain America suit and shield, to which he would later be sentenced to life in prison for “stealing” them.

The only soldier to survive the serum, Bradley was backstabbed by the very people that made him. Pardoned after serving 17 years in prison, Bradley retired in secrecy and hid his history to protect himself and his family.

In Joe Keatinge’s What If? Age of Ultron #4, The Punisher takes on Captain America’s shield as an anti-hero super-soldier whose admiration for Steve Rogers defines the greatest aspect of the character.

In this alternate universe, Frank Castle’s love for Steve Rogers inspires him to be Captain America, but this version of the superhero is relatively unknown and forgotten.

In the comics and MCU, U.S. veteran John Walker was an exceptional soldier with overwhelming accomplishments on the battlefield that overqualified him as Captain America. His physical abilities before taking the serum were unparalleled to other candidates, but his morals and standards were nowhere near to that of Steve Rogers.

In the comics, John Walker receives the super soldier serum from the Power Broker, making him stronger than Rogers. In The Falcon and the Winter Soldier, Walker (Wyatt Russell) finds the last capsule of the serum in an unnamed location after Bucky Barnes/Winter Soldier (Sebastian Stan), Sam Wilson/Falcon (Anthony Mackie), Baron Zemo (Daniel Brühl) and Lamar Hoskins/Battlestar (Clé Bennett) infiltrate the Flag Smasher’s base to stop Karli Morgenthau (Erin Kellyman).

The perfect soldier is soon affected by the serum and loses his right to wield Cap’s shield, forcing him to take on the identity of the US Agent. Walker’s merciless execution of his own interpretation of the law and hardline stances proved his downfall as Captain America, but qualifying characteristics as the US Agent. 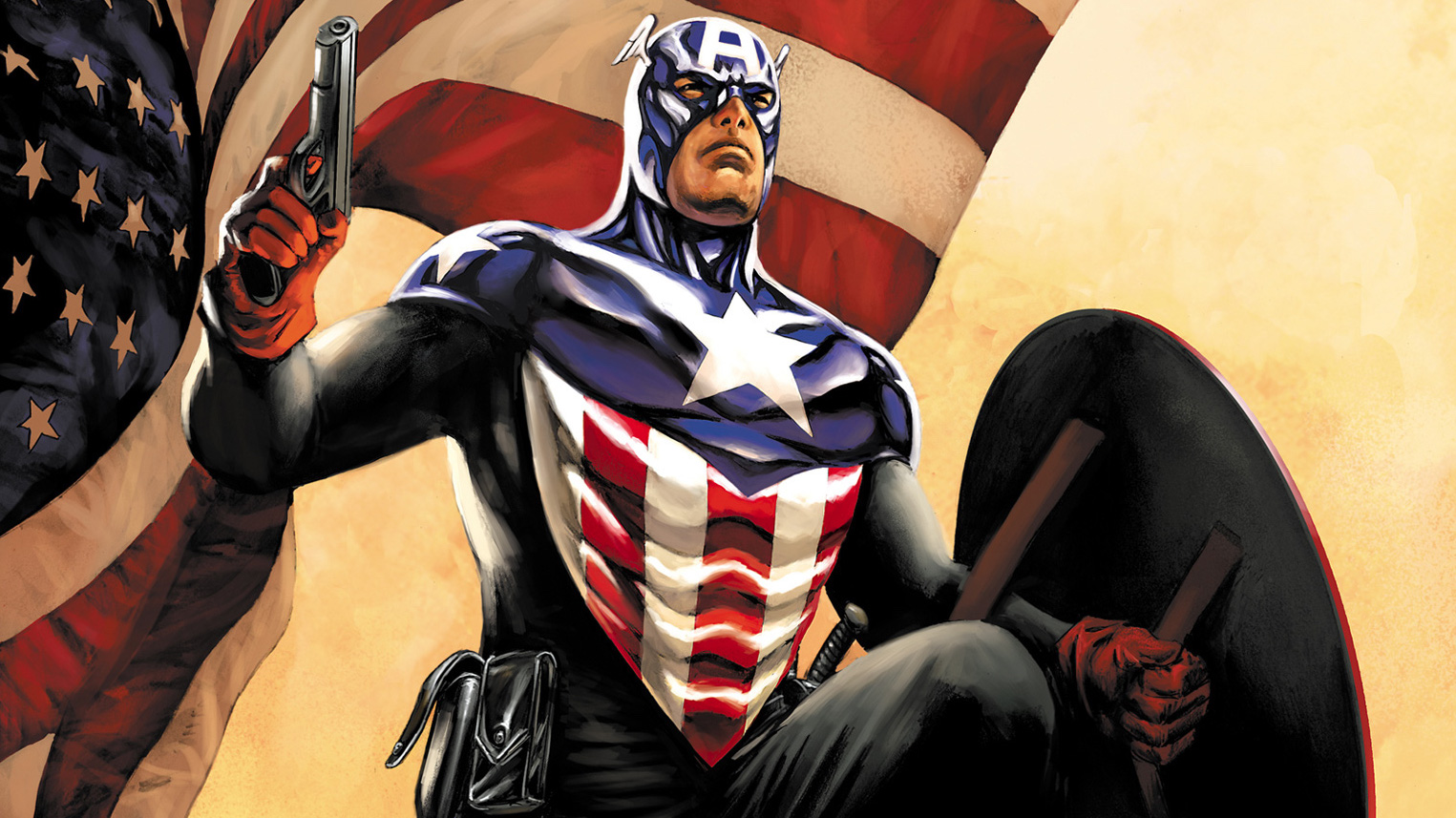 Bucky Barnes finally takes up his best friend’s shield in 2008’s Captain America #34 after Steve Roger dies. The majority of his time spent as Captain America was used to justify his tragic past as the Winter Soldier, righting wrongs and helping those he hurt.

Gaining the trust of the United States and respect of the Avengers, Barnes is one of the most recognizable replacements of Steve Rogers, and some of his best storylines came from his time spent as Captain America.

Sam Wilson and Bucky Barnes go hand-in-hand as Captain America, exemplifying fantastic qualities that greatly support their reasoning for taking up the shield. In Marvel Cinematic Universe, Steve Rogers (Chris Evans) hands over his shield and mantle to Wilson (Anthony Mackie) at the end of Avengers: Endgame (2019). Reluctantly taking on his friend and mentor’s identity, Sam Wilson hands over the shield to the U.S. Government.

Losing his new title to John Walker, Wilson and Barnes must reclaim the shield and save the world from a new threat. With a new suit from Wakanda and Roger’s shield back in his possession, Sam Wilson officially becomes the new Captain America.

By the end of The Falcon and the Winter Soldier, Sam Wilson finally takes on the role of Captain America after thwarting the Flag Smasher’s plans of destroying the Global Repatriation Council’s bill to reverse efforts in assisting displaced individuals after the Snap.

With Bucky Barnes at his side and John Walker/US Agent in the shadows, Sam Wilson’s tenure as Captain America looks promising and bright. Marvel recently confirmed that a fourth Captain America film is in the works with Anthony Mackie leading the film — his first starring role in the Marvel Cinematic Universe.

Little information is known about the upcoming movie, but Captain America and the White Wolf’s future involvement with the Avengers will be incredibly present during Phase 4 of the MCU.

What do you hope happens in the future of the Captain America franchise?

Comments Off on How Many Captain Americas Does Marvel Have?