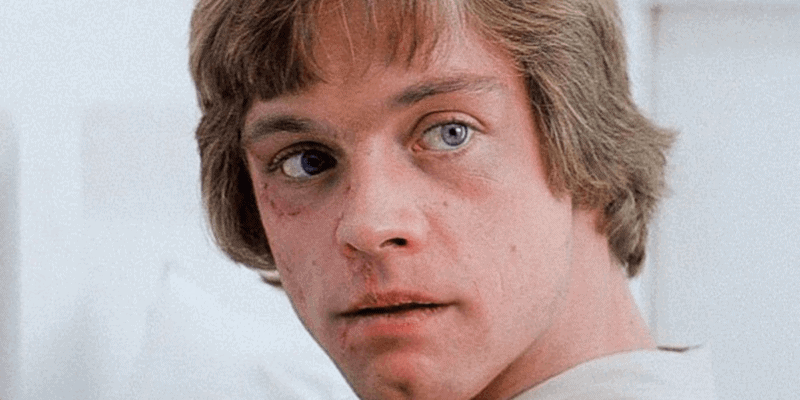 The Skywalker Saga, a part of George Lucas’s Star Wars stories, has stood the test of time for the impressive storylines, visual effects, and outstanding worlds the nine movies and their counterparts have created. However, did you know that Mark Hamill’s near-fatal car accident in the late 1970s changed Star Wars completely?

Not every Star Wars fan knew about Mark Hamill’s near-death experience on January 11, 1977. Only a few months before Star Wars: A New Hope (1977) debuted in theaters and seemingly broke every box-office record on Earth, Hamill’s career nearly came to a halt before he’d become a household name after portraying Jedi Knight Luke Skywalker.

George Lucas’s space opera finished principal shooting by January, but actor Mark Hamill was still completely a few pick-up shots while filming neared its end. While mulling over the future of his career, particularly how the young actor would step away from his TV roots and try to make it big in feature films, Hamill lost control of his car on a California freeway and experienced a horrific accident.

“What happened was that I was on the wrong freeway. I was way out in the sticks somewhere and there were no cars and no traffic, thank God. I was going about 65-70 mph … I was speeding, going too fast … and what happened, I think, was that I tried to negotiate an off-ramp and lost control, tumbled over, and went off the road.”

The next Hamill knew, he was in a hospital bed. The actor thought his career was over after a nurse showed his face in a little mirror.

Hamill had fractured his nose and right cheek. Doctors used cartilage in his ear to help heal his nose, but the brutal car accident left noticeable changes in his overall facial structures. Hamill admitted that it took time to accept his fate, stating, “I was feeling sorry for myself… poor me… getting hit right in the face and the whole thing.”

The actor not only felt that he let himself down but, more importantly, George Lucas. Lucas was taking a massive gamble on putting an unknown actor in the forefront of his groundbreaking movie, and now he felt his career was over.

However, Lucas wasn’t giving up.

Rather than recasting Hamill for the upcoming sequel, Lucas used a double for the remaining pick-up shots in A New Hope and possibly rewrote Star Wars: Episode V – The Empire Strikes Back (1980).

There’s a part of Hollywood and pop culture where myths and legends meet, causing theories sparked by fans that explain why certain parts of movies happen because of some underlying truth or reason. One of these myths circulates around George Lucas changing The Empire Strikes Back‘s story to explain/hide Luke Skywalker’s facial injuries.

These rumors are rumors, so take them with a grain of salt, but George Lucas and Lawrence Kasdan reportedly added the Wampa attack on Luke Skywalker and his Tauntaun to help explain the character’s facial changes.

In the movie, we see Luke free himself from the Wampa’s grasp and is saved by Han Solo (Harrison Ford) before the cold temperatures take his life. Then, Luke is found in the Echo Base’s hospital wing, and the Jedi’s face is covered in cuts.

Luke’s entire right side of his face is hidden in bandages, supposedly hiding the scars left from his car accident two years before filming Empire in 1979. Therefore, this entire sequence with the Wampa and bandages and injuries was written to explain the scarring on Hamill’s face.

In the Blu-Ray commentary of The Empire Strikes Back, George Lucas denies these claims and rumors, stating they added the scenes to build suspense. However, late actress Carrie Fisher (Princess Leia) claimed that the car accident is why the Wampa scene was added. Mark Hamill, on the other hand, has never addressed it.

If these claims are true, then one of the most beloved monsters in the Star Wars universe and Star Wars saga were created because of Mark Hamill’s car crash. What he thought was the end of his career was only the beginning, as a bigger door opened for him in the form of Star Wars.

However, these myths might never be answered and continue to fascinate the minds of Star Wars fans for a long, long time.

Did you know about Mark Hamill’s crazy crash? Let us know in the comments below!