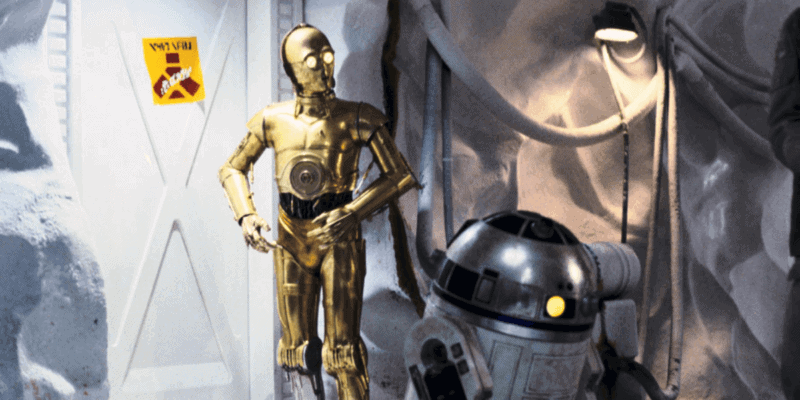 Star Wars: Episode V – The Empire Strikes Back (1980) is one of the most highly acclaimed Star Wars movies in the Skywalker saga and considered one of the best sequels in movie history. The film begins on the ice planet of Hoth as Imperial forces attack the Rebels’ Echo Base with AT-AT’s and drove snow troopers. Jedi Knight Luke Skywalker (Mark Hamill) and his allies are able to defend themselves against the Galactic Empire until they escape, but in a deleted scene, C-3PO (Anthony Daniels) kills two stormtroopers with Wampas hidden in the base.

The Wampa has been terrifying audiences since 1980 when the snow creature captured Luke Skywalker and proceeded to eat his delicious Tauntaun. In the movie’s first act, we see Luke Skywalker go unconscious after the Wampa sneak attacks the Jedi while he’s surveying the ice-covered landscape. Awaking in the beast’s lair, Luke barely escapes with his life after grabbing his lightsaber, cutting himself free, and proceeding to slice the Wampa’s arm off.

This scene has caused some controversy in the past, particularly with Luke Skywalker himself, Mark Hamill, calling the attack on the Wampa unnecessary and inhumane. The actor was originally told to swing his lightsaber in front of him while filming to make it appear he was trying to scare off the snow beast, no injure it. Rather, production went on, and the film heads decided to edit the scene to make it appear Luke sliced the Wampa’s arm off.

This was the last of the Wampa we see in the theatrical cut. Scaring little kids and building suspense for adults, George Lucas captured the mystery of the Wampa by barely showing it (especially before the digital remastering versions).

However, there was another scene planned with Empire Strikes Back that showcased the Wampa’s once more.

In the video above, we see rough-cut footage of The Empire Strikes Back that featured an entire side story to the movie. In favor of continuing the momentum of the Empire storming the base and solidifying the story from the start, Lucas cut a subplot of Wampas invading the base before the Empire does.

There’s no audio for half of the footage, and the Wampas look like oversized teddy bears, but the history behind the deleted and forgotten footage is hilarious.

Breaking through a wall of thick ice and snow, two Wampas storm into the Echo Base and cause a flurry of trouble. Nearly killing some rebel troopers and even R2-D2 (Kenny Baker), the Wampas is captured and placed in a room with a door featuring an important yellow warning sign.

Tricking stormtroopers into thinking Han Solo (Harrison Ford), Princess Leia (Carrie Fisher), and C-3PO are hiding in the room; one unlucky trooper falls into the hands of the captured Wampa.

His fellow trooper pal proceeds to calmly close the door rather than trying to save his friend. What’s truly funny to modern fans is that Darth Vader (David Prowse/James Earl Jones) then comes into the frame, blankly looks at the door and then at the trooper, and walks off.

While this scene is hilarious now, it would have taken that sense of innocence from C-3PO that so many fans cherish. While that’s not the end of the world, it would have been more fitting for R2-D2 to pull off this trick, as he’s the more mischievous out of the two.

Diehard Star Wars fans might like to see C-3PO act on the wild side, showing a side of himself that he never had before. However, the entire Wampa subplot would have watered down the thrilling action of Imperial forces invading Hoth and slowed down the chase out of the base in the Millennium Falcon.

Nonetheless, this deleted scene goes into the history books as one of the best in Star Wars history.

Did you know about this deleted scene? Let us know in the comments below!