Galaxy's Edge Fan-Favorite Reopens THIS WEEKEND! - Inside the Magic 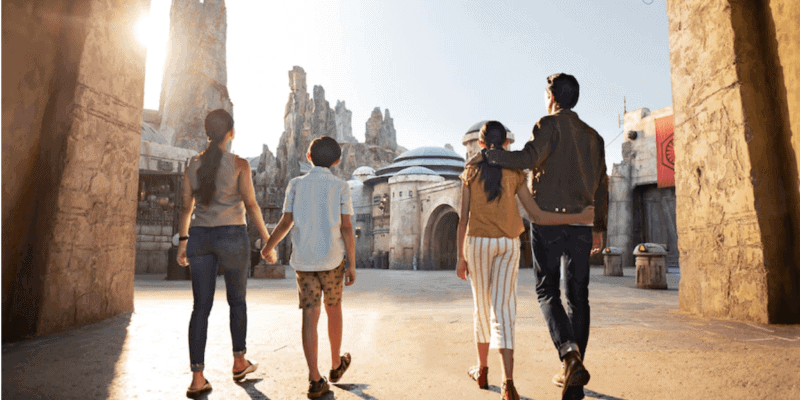 One of these closed establishments was Kat Saka’s Kettle — the popcorn stand located at Star Wars: Galaxy’s Edge at Disney’s Hollywood Studios Park. Now, however, it seems that Batuu visitors are in luck.

The official Kat Saka’s Kettle page on the Walt Disney World Resort website has been updated to include hours for tomorrow, Sunday, July 25, 2021 [screenshot above] — it appears the Star Wars-themed food stand will be open from 9 a.m. to 8 p.m., like the rest of Hollywood Studios.

Venture into the market to find this colorful snack shop, where grains from all over the galaxy are on display. Order a generous, piping-hot helping of this popular and flavorful local specialty popcorn and enjoy it as you explore Black Spire Outpost. Refreshing beverages are also sold here.

Like all of the characters who live and work on Batuu — Princess Leia’s spy, Vi Moradi, Rey and Kylo Ren from the Star Wars sequel trilogy, Dok Ondar of Dok Ondar’s Den of Antiquities, and, of course, Oga Garra of Oga’s Cantina — Kat Saka has a rich backstory.

Wookieepedia describes her as:

Kat Saka was a human female farmer from the Outer Rim planet Batuu known for collecting spices throughout the galaxy, which were used in the Outpost Mix, a colorful, grain-based snack food available at Kat Saka’s Kettle in Black Spire Outpost. Her family ran the Saka Homestead, which raised banthas and grew Surabat grain.

Are you excited to visit Kat Saka’s Kettle at Disney World again?

Comments Off on Galaxy’s Edge Fan-Favorite Reopens THIS WEEKEND!