Something MAJOR Is Missing at Disney's Animal Kingdom - Inside the Magic 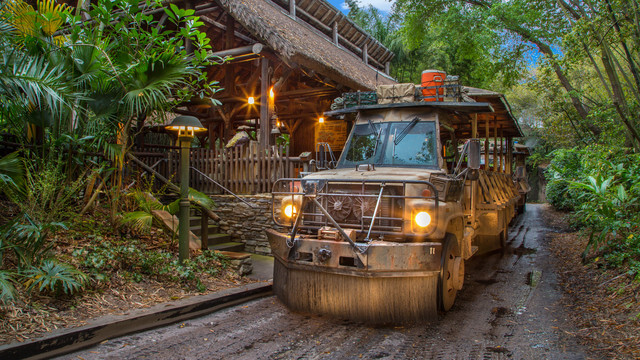 Guests trek through Disney’s Harambe Wildlife Preserve with a witty Cast Member guide (not dissimilar to the famous Jungle Cruise Skippers!), and feel as if they’ve been transported to Africa where lions, elephants, giraffes, and more run wild.

Recently, however, Guests have noticed something major missing from the fan-favorite ride — the lions! As it turns out, the ride, which regularly boasts wait times well over an hour, is undergoing a refurbishment that has caused the lions to be temporarily removed from their habitat.

As you can see in these photos [above and below], construction in the lion enclosure is clearly ongoing, and no animals are currently present. Disney has not announced an official end date for the refurbishment, so it is not known when the lions will be returned to their home.

In contrast, as the following photo shows, Guests can usually see both the lion and lioness roaming their section of the Park — or perched atop the rock formation — while riding Kilimanjaro Safaris.

Related: Dining With Donald and Friends at Tusker House Restaurant

At the time of publication, no other animals are missing from Kilimanjaro Safaris, but it is unknown if other areas of the habitat will be refurbished next.

The Walt Disney Company is committed to animal conservation and provides the following information about the Disney Conservation Fund on its official website:

Disney Conservation is committed to saving wildlife and building a global community inspired to protect the magic of nature together. Since 1995, the Disney Conservation Fund has directed $100 million to support nonprofit organizations working with communities to save wildlife, inspire action and protect the planet. Disney Conservation Team Wildlife leads best-in-class scientific programs to conserve wildlife in Disney’s backyard and beyond, connects people to build a network for nature, and cares for the planet through everyday actions.

Are you visiting Animal Kingdom this weekend?