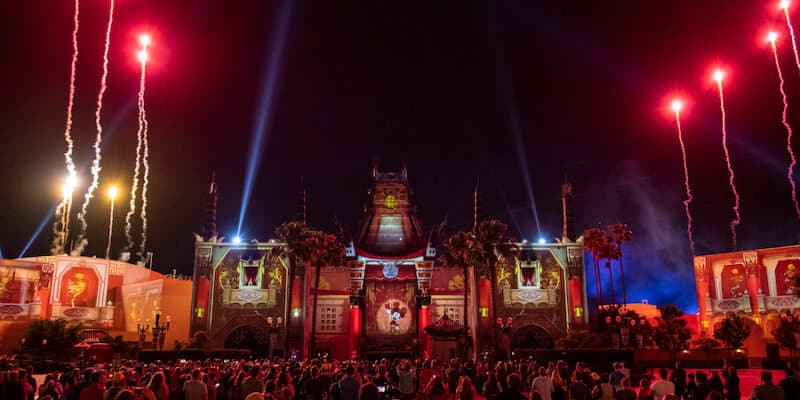 Summer is in full swing at the Walt Disney World Resort and Guests are loving spending their summer break at the Most Magical Place on Earth. The incredible fireworks show Happily Ever After has returned to the Magic Kingdom and EPCOT Forever is wowing Guests every night at Walt Disney’s Prototype Community of Tomorrow. And now, Hollywood Studios will be rejoining the nighttime entertainment mix.

Beginning on August 1, Wonderful World of Animation will be returning to Disney’s Hollywood Studios. The fun experience shows incredible projections set against the backdrop of Disney’s replica of Grauman’s Chinese Theater. Disney Parks Blog shared some more information on the shows return.

Starting August 1, we’ll be lighting up the night at Disney’s Hollywood Studios with the return of “Wonderful World of Animation.” This cinematic nighttime experience leverages projection mapping technology to transform the park’s iconic Chinese Theater on a magical journey through more than 90 years of Disney animation.

Wonderful World of Animation premiered at Disney’s Hollywood Studios in May 2019. Unfortunately, the show had a run for less than a year because the theme parks were shut down due to the pandemic. For those who have not yet experienced the nightly theme park show, here is some more information from the Walt Disney World Resort’s website:

This excitement-packed projection show will take you on an incredible journey through more than 90 years of Disney and Pixar animation.

Disney has also announced the return of the Monsters, Inc. Laugh Floor at the Magic Kingdom on August 8, as well as Beauty and the Beast – Live on Stage at Hollywood Studios on August 15.

Are you excited to see Wonderful World of Animation return to Hollywood Studios? Let us know in the comments!