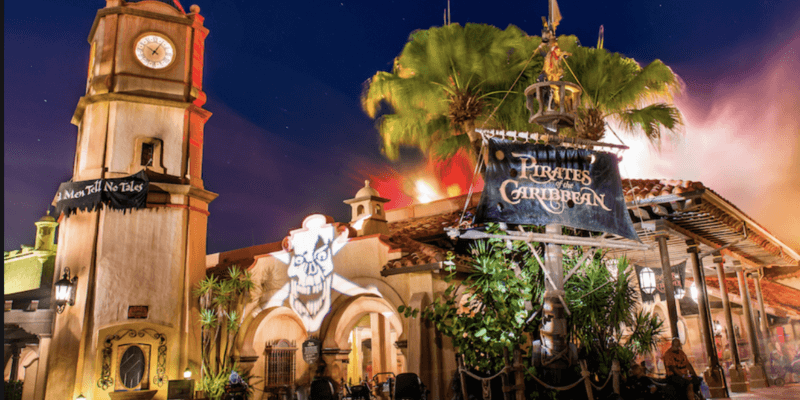 WDW Stats on Twitter confirmed the closures, first with Pirates of the Caribbean at 9:04 a.m.:

Pirates of the Caribbean has been temporarily interrupted. On average, an interruption takes 32 minutes.

Pirates of the Caribbean has been temporarily interrupted. On average, an interruption takes 32 minutes. https://t.co/EeURlnhV4X #MagicKingdom #WDW #WaltDisneyWorld #DisneyWorld

Related: Incredibly Popular EPCOT Ride Has Been Closed For HOURS

Then, Jungle Cruise closed just four minutes later at 9:08 a.m. EST. It is, however, worth noting that the Jungel Cruise closure was brief and the ride has no reopened:

Jungle Cruise has been temporarily interrupted. On average, an interruption takes 56 minutes.

Jungle Cruise has been reopened after an interruption of 6 minutes. https://t.co/vQYBwvBzj7 #MagicKingdom #WDW #WaltDisneyWorld #DisneyWorld

At the time of publication, Pirates of the Caribbean remains closed.

Walt Disney World Resort Cast Members do everything they can to keep rides and attractions operational all day, every day. However, on occasion, unexpected downtime does occur. These temporary interruptions can be due to mechanical problems or general maintenance.

If you are at any of Walt Disney World Resort’s four theme parks — EPCOT, Magic Kingdom, Disney’s Animal Kingdom, and Disney’s Hollywood Studios — today, check the My Disney Experience app for the latest ride closure information and wait times.

Related: Did Jack Sparrow Have Too Much Rum? Animatronic Spazzes!

The official Disney World description of Pirates of the Caribbean reads:

Along the Nile, watch for bathing elephants, angry hippos and hungry lions. Your cruise continues down the Mekong River in Asia, home to baboons, cobras and other fearsomely life-like creatures.

Are you visiting Magic Kingdom today?