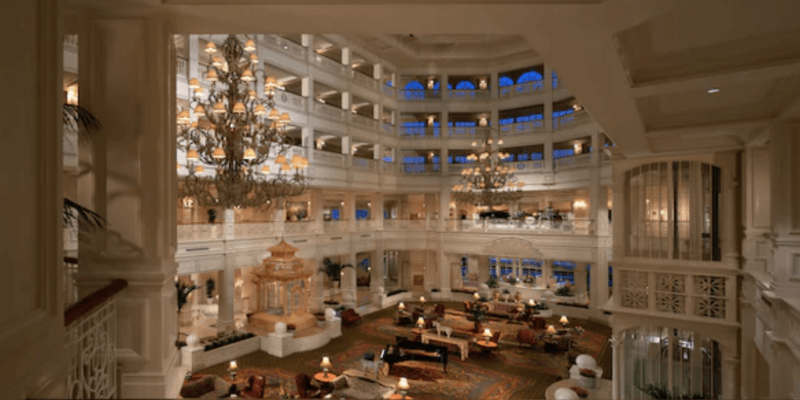 Disney’s Grand Floridian Resort & Spa was an opening day Resort at Walt Disney World Resort on October 1, 1971, and it remains one of the premier Resort hotels on property.

Related: DVC Guests at the Polynesian Are Being Relocated

The Disney Deluxe Resort regularly runs upward of $700 per night for standard rooms and is a popular “home Resort” for Disney Vacation Club Members.

In May, we reported that more hotel rooms at the Grand Floridian were set to be converted into DVC Villas. However, we have not been able to provide additional updates on the project until now.

Walt Disney World Resort officials have filed a new permit for construction at 4501 Floridian Way, the Grand Floridian Resort’s address. The owner on the permit is listed as “Disney Vacation Club Management Corp.”, indicating that the upcoming DVC renovation could be starting very soon.

It is worth noting that the end date listed on the permit is March 3, 2023, so we do not know precisely when the project will officially get underway or when it is expected to be completed. Inside the Magic will provide updates as they become available.

However, now that construction at Disney’s Polynesian Village Resort is nearing completion, and the reimagined Moana rooms have been unveiled, and the Incredibles-themed rooms at Disney’s Contemporary Resort are finished, it serves to reason that Disney would be preparing for its next Resort remodeling project.

The official description of the Grand Floridian DVC Villas reads:

Upgrades are in proud display throughout The Villas at Disney’s Grand Floridian Resort & Spa—from the lobby with its delightful Mary Poppins-themed bronze fountain and 5-tier custom grand chandeliers—to every room of the well-appointed residences.

Eye-catching touches include crown molding in the bays and decorative molding on both the ceiling and headboard in the master bedrooms. There are cove ceilings in the living room and bedrooms, custom art work, ceiling fans in each room and tiled balconies.

Kitchens are upgraded with a panelized refrigerator and dishwasher, stainless steel appliances, a farmhouse sink, granite countertops, seeded glass doors on cabinets and a decorative window above the sink.

Each bathroom features a mirror TV, as well as mosaic marble tile on the floors. The master bathroom includes a walk-in shower with beveled subway tile walls.