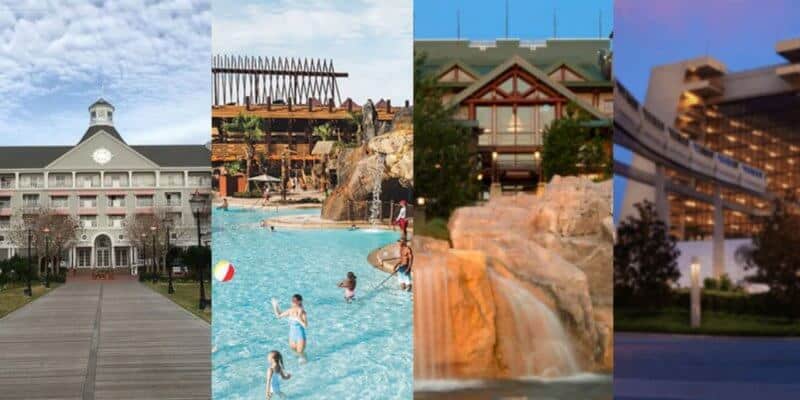 Disney World is always expanding and changing, just as Walt would have always wanted. Lately, it seems that many Disney World Resorts are undergoing some updates, so let us take a look at what to expect.

If you have ever taken a stroll around the EPCOT Disney Resorts, you’ve likely noticed their various nautical themes, delicious and fresh scents, and stunning grounds. It seems that now, Disney is looking to make some possible upgrades or additions to Disney’s Yacht Club Resort.

Disney recently filed a “Mechanical Work” permit for its Yacht Club Resort. It seems that the lobby will be experiencing the upcoming changes and adjustments from Lo Temp Engineering. The hired contractor group is likely adding further air-conditioning systems to the lobby, however, that is purely speculation based on the company’s area of expertise.

Disney’s Yacht Club Resort is created with muted New England tones for a very relaxing feel. Considering the lobby’s scent places Guests just off the beach — having the perfect environment from smell to decor to room temperature is very important to create the immersive feeling of a luxury beach vacation that the Yacht Club Resort boasts.

According to Disney, at the Yacht Club Resort you can:

Speaking of Disney’s Beach Club Resort, the slightly more relaxed but yet still high-class hotel is now accepting booking as of May 30, 2021, as Walt Disney World’s phased opening continues. As mentioned by Disney, both the Yacht Club and Beach Club Resort share what is arguably the best pool on Disney property — Stormalong Bay. This pool has a sandy bottom to really place Guests at the beach, alongside a relaxing lazy river and epic shipwreck. The pool is only open to Guests staying at either of the two resorts and requires a wrist band and proof that you are a Guest of the hotel.

As Disney’s Yacht Club continues to remain open through any of the permitted work being done, why not think about heading to the resort for a Disney vacation? Being steps away from EPCOT, and Disney’s Hollywood Studios via the Disney Skyliner, Disney’s Yacht and Beach Club Resorts are great options when looking to book a magical getaway! Click here to get started today.

Disney’s Wilderness Lodge Resort is currently taking reservations for Guests arriving after June 6, 2021, however, until then it seems the hotel will be undergoing construction.

Although the exact nature of the upcoming Wilderness Lodge construction is not specified in the permit, it seems likely that it will be structural due to the contractor’s area of expertise.

As explained by Disney, at Wilderness Lodge Guests can:

Escape to the rustic majesty of America’s Great Northwest. Inspired by turn-of-the-century National Park lodges, Disney’s Wilderness Lodge celebrates American craftsmanship and honors the beauty of the untamed wilderness. Soak in the splendor of the great outdoors, from nature trails through pine forests to rocking chairs that overlook a murmuring creek. Inside, discover towering totem poles, headdresses and more, and enjoy the rustic elegance of the stone hearth and roaring fireplace.

The extremity of the resort’s updates may be large or small, but it will only be confirmed after Disney has completed the permitted construction.

Although Disney’s Contemporary Resort does fit the name through design, there are always updates that can be made to make the hotel even more futuristic. Now, it seems that the rooms at the Contemporary are going to be getting an upgrade!

Staring in April, Disney’s Contemporary Resort will begin to refurbish its rooms, however, the hotel will remain open– Bay Cove Pool, however, is currently closed.

Disney’s Polynesian Resort is undergoing a reimagining currently to include more Moana based theming in the resort. Although a new permit has not been filed in the past week, recently Disney did file a permit to do work on the Lava Pool at the resort.

Considering the lobby and rooms are going to have Moana touches added in, the Lava Pool would seemingly make perfect sense to carry out the IP’s theme. According to Disney, at the Polynesian Resort, Guests can expect to:

Continue to stay tuned to Inside the Magic as we continue to report on all changes and updates for the Walt Disney World Resorts!

If you could make changes to a Disney World Resort, which would it be and why?

We can help you book a Disney World vacation, click here for more information