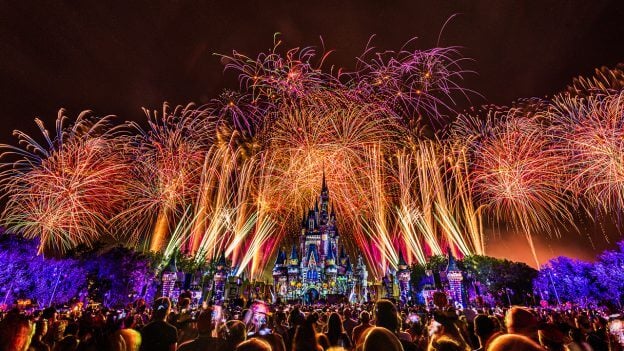 Fireworks are officially returning to Disneyland Resort and Walt Disney World Resort. If you are heading on a Disney trip soon, here’s what you need to do if you want to see Disney fireworks again.

Related: Visiting Disney Anytime Soon? What You NEED to Know

Disney World fireworks begin again on July 1, and they will be held nightly at both Magic Kingdom and EPCOT.

The same process applies to EPCOT. If you want to watch EPCOT Forever fireworks, make a Disney Park Pass reservation for EPCOT if you have a ticket that only allows you to visit one Park per day. Alternatively, if you have a Park Hopper ticket or an Annual Pass, you can make a reservation for any other theme park and Park Hop to EPCOT later in the day.

Note that the firework showtimes have already been released — read more here.

Disney Park Pass reservations are quickly filling up for July 1, the very first day that Disney World fireworks resume. However, you can keep checking the Theme Park Reservation Availability Calendar as more reservations continue to become available over time. And, of course, fireworks will be nightly, so you can book a reservation and visit for Happily Ever After or EPCOT Forever when it is right for you.

Disneyland fireworks officially resume on July 4. Disneyland Resort firework shows are not typically held on a nightly basis and most often occur on the weekends. So, keep that in mind when planning a trip.

Disney hasn’t yet released the showtimes for the Disneyland fireworks, but we will update this article when we get more information.

Now that Disneyland Resort has begun allowing out-of-state Guests and is steadily increasing capacity just as Disney World is, theme park reservation availability is quickly filling up for this summer. If you were hoping to visit the parks on the first day of fireworks returning (July 4) then just keep refreshing the Theme Park Reservation Availability Calendar and hopefully more availability will be released. Of course, you can also book a visit for later in the summer during a date that works the best for you.

What About Crowd Levels?

Disney Parks are no longer enforcing social distancing. As firework shows come back to the theme parks, so, too, will the crowds that they bring. It is likely that there will be close to normal crowds watching the firework shows, so be prepared. If you like to watch the fireworks from a specific spot — like Main Street, U.S.A., right in front of the castle, or another area of the Park — then be sure to plan ahead.

If you are ready to head back to the theme parks to watch fireworks, click here to book a trip and let the Authorized Disney Vacation Planners at Academy Travel take care of all of the planning for you at no extra cost.

Are you excited for Disney fireworks to return? Let us know in the comments!