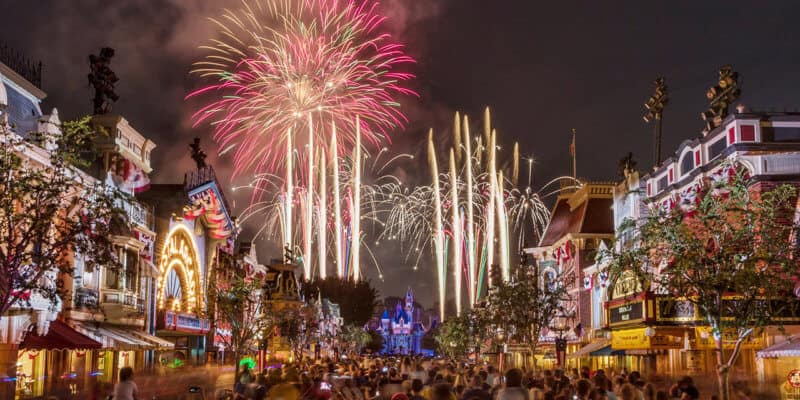 The theme parks of the Disneyland Resort reopened on April 30 without any live entertainment or nighttime spectaculars — including fireworks. As part of the phased reopening process and in alignment with social distancing protocols, fireworks shows have been suspended for several weeks, just as Disney said they would be. But now, we have hope for them to return sooner rather than later.

The Fireworks Production & Inventory Manager leads the Fireworks Administration Team. The team is responsible for the analysis of pyrotechnic inventory and the management of product flow through the supply chain. Individuals in this role will develop strategies and manage many streams of work simultaneously. Primary focus is on supporting the team while driving ongoing process improvements utilizing current and emerging technologies to improve supply chain functionality and efficiency.

Pyrotechnics were on display (after Park closing, of course) as part of the opening ceremony of Avengers Campus in Disney California Adventure on June 1 and June 2. Though this small fireworks display was not intended for Park Guests, members of the community as well as Downtown Disney Guests were able to see the fireworks go off two nights in a row, giving them a taste of that Disney magic once again.

With Disney having called back Cast Members for these small pyrotechnic displays in honor of Avengers Campus, the new job listing for a Fireworks Production & Inventory Manager, and the State of California social distancing measures on June 15, it stands to reason that the return of fireworks at the Disneyland Resort theme parks might not be too far into the future.

And actually, there are many fans who have hope that we could see fireworks returning relatively soon. David at Fresh Baked even shared that there have reportedly been sightings of small fireworks being tested at Disneyland after hours, though no images or video have surfaced of this.

Currently, the Disneyland Resort website states the following regarding suspended offerings at the theme parks:

…[S]elect attractions and certain experiences that draw large group gatherings—such as parades and nighttime spectaculars—will return at a later date. While character meet-and-greets are temporarily unavailable, characters are in our parks in new ways to entertain and delight our Guests. The Disneyland Resort also has capacity measures in place, as well as limitations on parking and operating hours.

However, as mentioned, theme parks in California will no longer be required to limit attendance or enforce social distancing come June 15. You can read more about this here.

So, if Disneyland Resort makes changes to capacity and social distancing protocol and calls back more Cast Members as they have committed to doing, perhaps we could see more offerings return to the theme parks very soon. Nighttime entertainment such as the Disneyland Forever fireworks and Fantasmic! tend to draw large crowds. But, if soon social distancing will not be enforced, then perhaps crowds will not be as much of a concern and Disney may consider bringing back fireworks as early as this summer.

Disney CEO Bob Chapek has discussed normalizing theme park operations, and he and other Disney officials have noted that they are prepared to increase capacity at Disneyland and Disney California Adventure as soon as they can. Disney hasn’t yet announced when social distancing measures will loosen at the Disneyland Resort, but as soon as they do, perhaps we could see the return of offerings that draw crowds, like fireworks, parades, and other shows. For now, we have to wait and see when fireworks will return to the Disneyland Resort.

But it’s not just Disneyland fireworks that we have hope for. It’s Disney World fireworks, too!

We’ll report back as soon as Disney officially announces the return of fireworks to the Disneyland Resort. But like many other fans of the Happiest Place on Earth, we can hardly wait.

Do you have a Disneyland Resort trip planned anytime soon, or are you waiting for more offerings to return before you head to the California Disney Parks? Let us know in the comments!