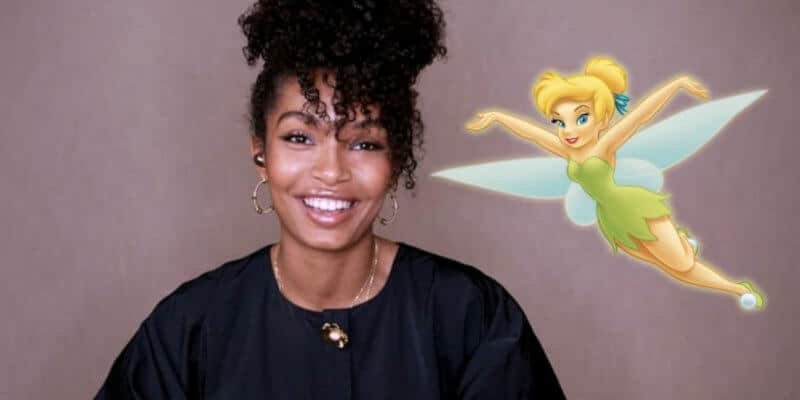 Yara Shahidi, currently known for her role on ABC’s Black-ish, is looking forward to playing the iconic sidekick, Tinker Bell, in the upcoming live-action film, Peter Pan and Wendy.

In a recent interview with Variety on the Red Carpet for the MTV Movie and TV Awards, Shahidi expressed her excitement for her version of Tinker Bell.

“You know, Tinker Bell is really fun,” Shahidi told Variety. “I think what I like the most about this take is that Tinker Bell is coming with a lot of agency, you know? She may be a famous sidekick, but I love the fact that she is driven and motivated in her own ways. I don’t want to give too much up, but I’m really looking forward to this adaptation.”

Variety Tweeted the interview clip along with the caption:

Yara Shahidi’s Tinkerbell will have agency. “She may be a famous sidekick, but I love the fact that she is driven and motivated in her own ways” #MTVAwards https://bit.ly/3eTtZHq

Yara Shahidi's Tinkerbell will have agency. "She may be a famous sidekick, but I love the fact that she is driven and motivated in her own ways" #MTVAwards https://t.co/CTimzb6F6W pic.twitter.com/nLdrzGX8X1

Related: Here’s How Yara Shahidi Could Look as Tinker Bell!

Yara Shahidi will be joining the star-studded cast of Jude Law as Captain Hook, Ever Anderson as Wendy, and Alexander Molnoy as Peter Pan.

Related: Disney May Have Just Found Their Tiger Lily for Live-Action ‘Peter Pan’

Inside the Magic will continue to update you as we get more information relating to casting for other major roles for the upcoming film.

Additionally, in 2019 Disney announced that Halle Bailey will play Ariel in the upcoming live-action version of The Little Mermaid. This shows that the company is making the decision to cast Black actresses as characters who are typically animated as a white woman. With Disney casting Shahidi to play Tinker Bell it looks as though Disney is continuing the trend of diversity.

Are you excited to see the upcoming Peter Pan and Wendy live-action film? How do you feel about Yara Shahidi taking on the role of Tinker Bell? Let us know in the comments below.