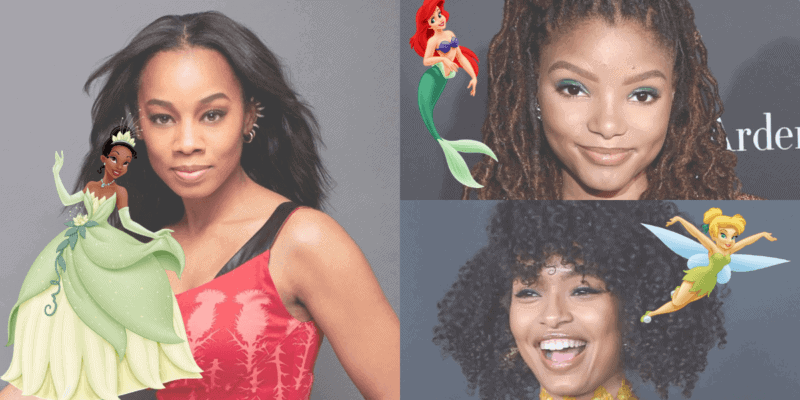 Anika Noni Rose, the woman who brought Princess Tiana to life in Disney’s Princess and the Frog, sent Halle Bailey and Yara Shahidi some praise for landing their roles in Disney’s upcoming live-action films The Little Mermaid and Peter Pan & Wendy.

Rose broke ground by giving the world Disney’s first Black princess, Bailey and Shahidi follow in her footsteps taking on iconic and beloved roles of Ariel (Bailey, pictured above) and Tinker Bell (Shahidi, pictured below).

Disney’s live-action remake of The Little Mermaid is scheduled to begin filming within the coming weeks, and Disney’s Peter Pan and Wendy is still in pre-production and casting. We at Inside the Magic will continue to update our readers when more information from each project comes to light.

Are you excited to see Halle Bailey in The Little Mermaid and Yara Shahidi in Peter Pan and Wendy? Let us know in the comments!

Comments Off on ‘Princess and the Frog’ Actress Praises Halle Bailey, Yara Shahidi on Disney Roles