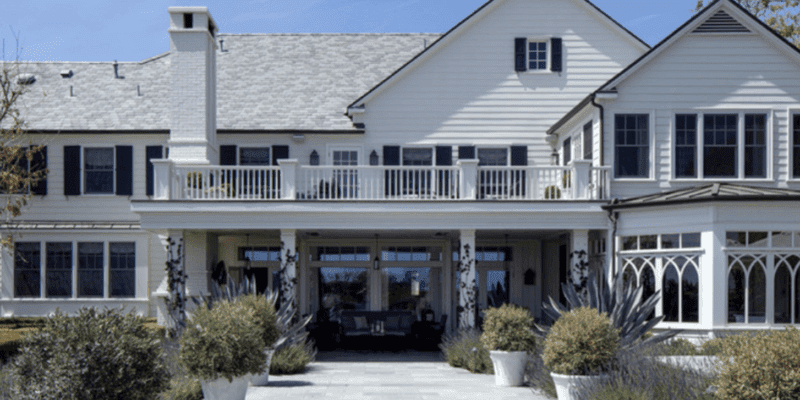 Popular Hollywood director and producer JJ Abrams has the film and television industry in his blood. Both of his parents were TV producers and Abrams himself has made a name working on iconic franchises like Star Wars, Star Trek, and Mission: Impossible.

Now, the man who was a driving “Force” behind the Star Wars sequel trilogy — Episode VII – The Force Awakens (2015), Episode VIII – The Last Jedi (2017), and Episode IX – The Rise of Skywalker (2019) — has listed his insanely beautiful Pacific Palisades home for $22 million!

Redfin’s listing of the property features over 30 photos that showcase all of the home’s amenities. The official description of JJ Abrams’s residence reads:

One of the most extraordinary properties to become available in quite a long time! Extremely special walled and gated Classic Traditional with breathtaking city & ocean views, gorgeous grounds, and rare privacy in the very finest Westside location.

Painstakingly designed and crafted by the owners for themselves with no detail overlooked and no expense spared. Graceful, richly detailed formal living and dining rooms (each w/ fireplace) and sun-drenched game room.

Downstairs is an inviting guest bedroom with secret garden and fountain. Other spaces include an office, gym, bonus room with separate entrance, workshop, storage room and three-car garage. Set off the street amidst beautiful gardens, this extraordinary home done with integrity and quality is truly a feast for the senses! Exquisite, refined & elegant at every turn!

Below, you can see how beautifully curated the home is, with perfectly arranged bookshelves and modern touches like the incredible light fixture on the baby grand piano.

The kitchen in the celebrity home is stunning, with an open concept and beautiful finishes.

Off the foyer, the traditional-meets-modern residence features a dining area that boasts an amazing light fixture and an impressive gallery wall.

Although the listing doesn’t specify which bedroom is showcased, if this space is any indication of how all of the bedrooms are decorated, there isn’t a bad option in the house.

As promised in the listing, the “hotel bathroom” leaves nothing to be desired. Talk about a place to unwind after a long day!

The outdoor space at the director’s house is truly incredible — we wouldn’t mind drinking our morning coffee here every day!

Related: Inside Look at Walt and Lillian Disney’s Former Home

There is also a firepit area, complete with some of the most comfortable-looking outdoor seating we’ve ever seen — no lawn chairs here.

The pool area at the California home for sale is also amazing, taking cues from some of the world’s finest resorts with lounge chairs, umbrellas, and impeccable landscaping.

Currently, it is not known if Abrams will ever return to the Star Wars franchise — sequel trilogy stars Daisy Ridley (Rey), John Boyega (Finn), and Oscar Isaac (Poe Dameron) — have all publicly stated that they do not have immediate plans to reprise their roles in the Star Wars universe.

However, Abrams has a number of other projects in the works. Per IMDb, he is currently involved with an astounding 19 projects, including an untitled Star Trek sequel, presumably starring Chris Pine as Captain Kirk again, two Mission: Impossible movies, and a recently announced Quentin Tarantino Star Trek film.

Abrams’s Bad Robot studio is also involved in the upcoming HBO Max Justice League Dark series. Recently, there were also rumors that there is a Rise of Skywalker “Abrams cut”, similar to the Zack Snyder’s Justice League “Snyder cut.”

This remains unconfirmed, but fans online had a lot of thoughts about the potential existence of this version of the Skywalker Saga conclusion.

What do you think about JJ Abrams’s Pacific Palisades residence?