Disney Has Reinvented Buffets (and It's Amazing!) - Inside the Magic 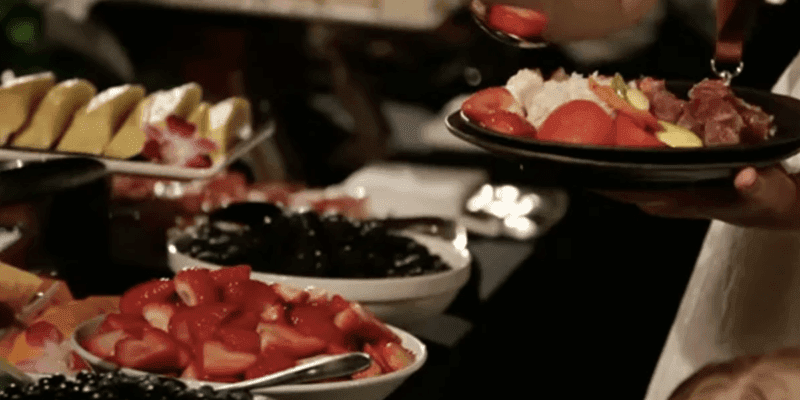 When the COVID-19 pandemic forced The Walt Disney Company to temporarily close all six of its theme park resorts worldwide, as well as Disney’s Hilton Head Island Resort, Disney’s Vero Beach Resort, and Aulani, a Disney Resort and Spa, Disney fans and executives were faced with an unprecedented situation.

Things couldn’t, of course, go back to the way they were before the COVID-19 outbreak — and, yet, Disney magic still mattered. Thus, Disney did what they do best. They began to innovate.

When Walt Disney World Resort reopened in July 2020, for example, Disney had introduced character cavalcades to take the place of traditional character greetings and parades. Then, they developed socially distanced character interactions that allow Disney Guests to take selfies with beloved Disney Parks characters while staying safe and healthy.

Disney has also begun bringing back character dining, first at Disney World in Orlando, Florida, and then, just last week, at Aulani in Oahu, Hawaii.

It is worth noting that the Disney Dining Plan remains suspended at this time.

With Guest and Cast Member safety Disney’s foremost priority, buffet dining has not returned in any capacity. This has been frustrating for Guests who, although they may understand the reasoning for the elimination of traditional buffets, look forward to Disney’s “all you care to enjoy” meals.

Related: Honest Review: Is Crystal Palace Worth it Without Characters or Buffet?

Now, Disney has completely reinvented the buffet for the pandemic era — and it’s actually incredible!

Last week, we experienced the Ka Wa’A luau at Aulani, a Disney Resort and Spa. The experience traditionally offers a buffet-style meal with multiple courses that coincide with the Hawaiian stories that are told throughout the evening.

In a COVID-19 world, though, Disney is now serving Guests a bento box for each course, plus a dessert sampler that includes three traditional Hawaiian sweet treats. This is different — and completely unique — from the family-style meals that some Disney Parks and Resorts are now serving in lieu of buffets.

Adults are given a choice of an alcoholic beverage (included with the cost of the luau) or non-alcoholic punch, while children are given juice as part of their meal.

Perhaps the most interesting part of this new reimagined Disney buffet dining is that Guests still get to sample all of the food options that would be presented on a traditional buffet — this is not always true of family-style meals at Disney restaurants. Plus, with this reinvented buffet at Aulani, each individual is provided with their own servings right in front of them, as opposed to a family-style meal that requires Guests to serve themselves from a larger dish in the center of the table.

Although The Walt Disney Company has not commented on how Disney Cruise Line buffets will operate once sailing resumes, we speculate that it is certainly possible that something like what Aulani is doing could be implemented onboard the DCL fleet.

With buffets being a popular part of the cruising experience, it seems likely that Disney will come up with some type of alternative for Disney Cruise Line Guests in the event that Cabanas and any other buffet restaurants are unable to safely reopen. At this time, however, Disney has not shared any information about the future of buffets on the Disney Cruise ships.

Related: When Could Free Disney Dining Return to Disney World?

There has also been no word on how buffet dining experience options will be reinvented or, potentially, brought back in the future at Walt Disney World Resort or Disneyland Resort.

For now, if you happen to be at Aulani, a Disney Resort and Spa, take advantage of this incredible, reinvented luau experience!

What do you think will happen to Disney’s buffet restaurants post-pandemic?