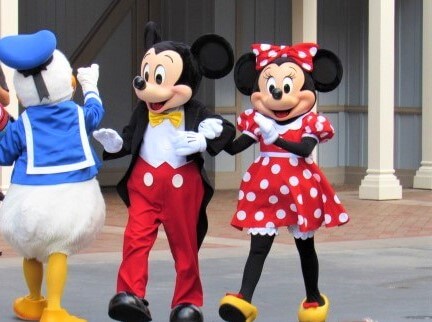 Disneyland and Disney California Adventure park have been reopened for almost two weeks and the parks have been successfully bringing Guests back to the Happiest Place on Earth. And although parades and cavalcades seem like things of the past (for right now, at least), the Disneyland Resort is going above and beyond with their current character experiences.

Related: Characters Spotted Inside Disneyland Ahead of Reopening

Even though Guests planning on returning to Disneyland upon reopening knew that the parks would look a feel a little different, they didn’t know exactly what to expect. This goes especially for character experiences. At this point in time, we do not know what the future holds for parades and possible character cavalcade. Over at Walt Disney World, Guests can see cavalcades pop up throughout the day at EPCOT, Magic Kingdom, Disney’s Animal Kingdom (which has flotillas instead of cavalcade floats on land), and Disney’s Hollywood Studios, but there currently aren’t any cavalcades at Disneyland or Disney California Adventure.

However, the Disneyland Resort has really been stepping up its game when it comes to these socially distant Disney character interactions.

For the time being as Disneyland and Disney California Adventure operate with pandemic-era protocol in California, Guests can take photos with their favorite characters from a safe distance. The parks have even strategically placed these characters to allow for some excellent photos. Throughout the parks, there are plenty of characters, including rare characters that Disney fans don’t normally see — like this rare sighting of Country Bear, Big Al!

Even though Walt Disney World reopened with its pop-up character cavalcades, the Disneyland Resort is still holding its own when it comes to one-of-a-kind and magical character experiences! It will still be quite some time before the resort gets back to daily parades or nighttime spectaculars, but it’s good to know and see that they are making magic wherever they can for Guests of all ages to enjoy.

Below is a list of characters that we have noticed at Disneyland Resort throughout the day. Keep in mind that this is subject to change and not all characters come out to the same spot at the same time!

What do you think of Disneyland’s current character experience offerings? Let us know in the comments!

Want to visit the Happiest Place on Earth? Let Academy Travel take care of all your vacation needs!

Comments Off on Disneyland Offers Plenty of Character Experiences Without Parades