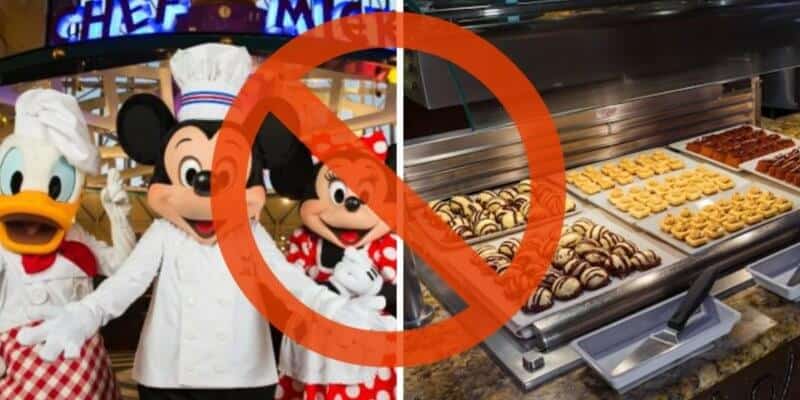 We just reported that the Orlando chapter of Unite Here — Local 737 — recently shared a list of locations in which Walt Disney World Resort workers will began being called back to work.

Within that list several different buffet style restaurants were included but what was interesting is next to these restaurants, the word ‘family style’ was listed in parenthesis.

What this means is that instead of Guests getting up to get their own food and self serve their meals, Cast Members will be bringing the food to their tables on a platter, much like restaurants such as Hoop-Dee-Doo Revue at Disney’s Fort Wilderness Campground or at Ohana at Disney’s Polynesian Resort.

This would make sense as Disney has already shared that self serve changes would be implemented saying that beverages and other items that were previously self-serve will instead be served by Cast Members.

Please keep in mind at this time Disney has not yet released a statement regarding Chef Mickey’s or Biergarten switching from buffet style to family style, but Inside the Magic will continue to update you as we learn new information.

Social distancing measures will be put in place, excessive cleanliness, encouragement of mobile orders, plexiglass, the elimination of character meet and greets, parades, fireworks and other similar entertainment that draws a crowd, and much more.

It is also important to keep in mind that Disney World has stated that the Disney Dining Plan will temporarily be suspended so it will not be available to use at select dining locations once they reopen.

Do you have an upcoming Disney World vacation? Let us know when you plan on visiting in the comments below.