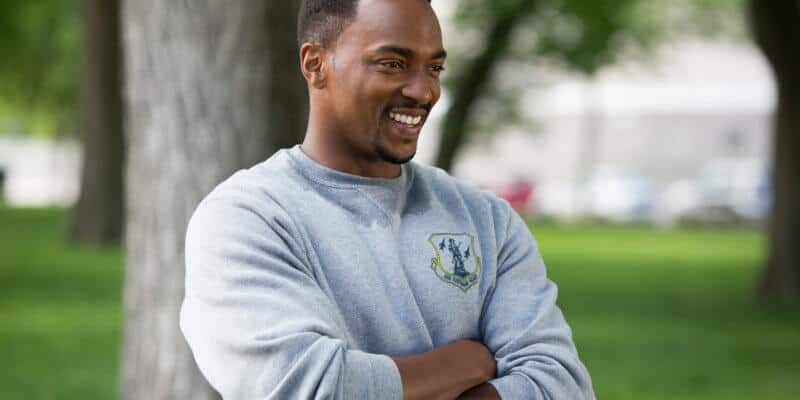 In his latest interview, Mackie spoke about an upcoming Marvel movie, and he has thoughts.

The Falcon and the Winter Soldier saw Sam’s superhero alter-ego, Falcon, claim the Captain America mantle that Steve Rogers (Chris Evans) bestowed upon him at the end of the Russo Brothers Avengers: Endgame (2019). Taking on the ownership of Captain America’s shield, the leading man went to war with the Flag-Smashers and Wyatt Russell’s John Walker, alongside Stan’s Bucky Barnes and anti-hero, Baron Helmut Zemo (Daniel Brühl).

But, before we potentially get to see Mackie’s take on the star-spangled Avenger in the newly announced Captain America 4 film, the Marvel Cinematic Universe has a whole host of comic book adventures in store for fans.

From Tom Hiddleston’s Loki, which is next on the MCU agenda, to Black Widow (2021) and Chloé Zhao’s film, Eternals (2021), and even the hugely anticipated sequel to the 2018 blockbuster hit, Black Panther. The latter recently revealed its updated title — seemingly honoring the legacy of its King T’Challa, the late actor Chadwick Boseman — to Black Panther: Wakanda Forever.

Much discussion has happened over the direction of the sequel Black Panther, which grossed over $1.3 billion at the worldwide box-office. Director Ryan Coogler stated that following the death of Boseman, the entire script would be rewritten to honor the actor’s legacy. Kevin Feige also weighed in, saying the role of T’Challa would not be recast in the Marvel Universe, leaving fans to speculate over how Coogler might tell the next step in the Black Panther story. The Marvel film became a cultural milestone in what it did for the Black community, showcasing a Black superhero in the leading role.

Many Marvel actors have commented on the new title of the sequel, such as Michael B. Jordan who had an emotional response to seeing the Wakanda Forever film update. Now, fellow Avengers star, actor Anthony Mackie, has weighed in on the update to next installment in the Black Panther franchise.

What did Anthony Mackie say?

Speaking to Entertainment Tonight, The Falcon and the Winter Soldier actor disclosed his thoughts on Black Panther: Wakanda Forever.

“It’s dope […] I feel like continuing that legacy is very important.”

Mackie went on to add how he feels this new title will help shape T’Challa’s legacy.

“There are a bunch of amazing actors and actresses under that Black Panther mantle who are now going to come together, and that legacy will live on. So, I’m really excited that they’re showing that it’s not specifically about Black Panther, but it’s about Wakanda.”

There really is no clear direction in how Coogler and Feige will craft the next Black Panther epic. Many characters in the comic books have taken up the Wakandan protector mantle, but Marvel are also known for diverting away from their comic sources in replace of original ideas.

Some fans have even speculated that the silver inflection of the new title suggests Doctor Doom may make his MCU debut — after all, the Fantastic Four villain does have ties with the African nation of Wakanda in the comic books, and with Marvel’s First Family heading for the big screen in Phase 4 too, it wouldn’t be complete curve-ball if he did make an appearance.

It should be noted too, how Wakandan technology has shown up time and time again in the MCU, so Black Panther: Wakanda Forever could also kick start the next big arc in the superhero franchise. We should also remember T’Challa’s role in the Avengers internal battle featured in Captain America: Civil War (2016) which set some of the Avengers: Infinity War (2018) events in motion.

In fact, Mackie jokes about the fictional African county of Wakanda, after being reminded his new Captain America suit is Wakandan made, and probably by tech genius — and T’Challa’s sister — Shuri (Letitia Wright).

On what the stakes are for the Black Panther sequel, Mackie said:

What’s next for Wakanda?

On top of Black Panther 2: Wakanda Forever, which is slated for July 2022, there is also a Wakandan-based Disney+ in the works, with Ryan Coogler attached to direct. Coogler and his production company, Proximity Media, signed an exclusive five-year deal with The Walt Disney Company and Marvel Studios to work jointly on a number of unannounced projects.

How do you feel about the new Black Panther 2 title?