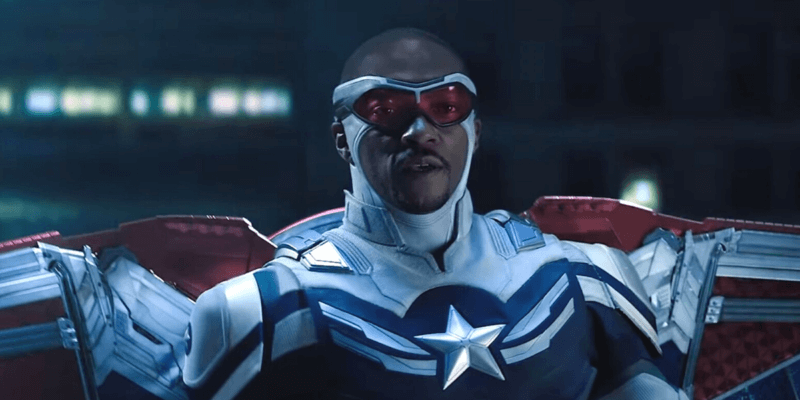 On the heels of Marvel’s commitment to making Captain America 4 with Sam Wilson as the new Captain America, The Falcon and The Winter Soldier star Anthony Mackie reportedly stands to get a huge pay increase from Marvel Studios.

Early on in the Disney+ series The Falcon and The Winter Soldier, Sam Wilson (Anthony Mackie) finds himself having to explain how he made money as Falcon, a veteran member of the Avengers as he applied for a loan to keep his family business afloat — literally. While his Marvel Cinematic Universe character may have had to get by on “goodwill” and “government contracts,” Anthony Mackie is rumored to be in line for a major bump in salary. As he’s reportedly set to lead the highly profitable Captain America franchise, taking over top billing from Steve Rogers actor Chris Evans, it stands to reason that Mackie will see a meteoric rise in compensation, as Evans once did.

How much does Anthony Mackie make?

It’s unknown exactly how much Mackie made for portraying Sam Wilson on The Falcon and The Winter Soldier, it was reported that Anthony Mackie’s quote for season 2 of the Netflix series Altered Carbon was $475,000 per episode. It’s possible that his number — as well as that of his co-star, Sebastian Stan as Bucky Barnes — for the Disney+series was similar. Marvel Studios traditionally keeps its pay scale under wraps, but over the years some news has trickled out about other Avengers (2012) actors that can give us a good indication of how much Anthony Mackie can expect to earn as Captain America.

The Captain America trilogy — consisting of Captain America: The First Avenger (2011), Captain America: The Winter Soldier (2014), and Captain America: Civil War (2016) — has accounted for nearly $900 million at the box office. Of course, the Marvel Cinematic Universe is the most successful movie franchise in the history of film, and with the massive upcoming slate of movies — like Black Panther: Wakanda Forever (2022), The Marvels (2022), Eternals, (2021), Black Widow (2021), Spider-Man: No Way Home (2021), Doctor Strange in the Multiverse of Madness (2022) and Shang Chi and The Legend of the Ten Rings (2021) — it will continue to be a cash cow for years to come. As one of the longest-tenured active Avengers actors, Anthony Mackie is surely entitled to a piece of that pie.

How much do Avengers actors make?

Other actors in the Marvel Cinematic Universe have seen progressive salary structures similar to Chris Evans. Chris Hemsworth reportedly went from banking $150,000 for Thor (2011) to bringing in $15 million for Endgame (2019). Scarlett Johansson and Jeremy Renner likely each earned about $2 million for Avengers (2012) but were able to hit that same $15 million mark for Endgame. Johansson scored another $15 million paydays for her solo movie Black Widow, set to be released in July 2021.

None of these actors comes close to the founding father of the Marvel Cinematic Universe, Robert Downey, Jr. In Iron Man (2008) as Tony Stark, directed by Jon Favreau, made $500,000. By the time Avengers: Infinity War (2018) and Endgame (2019) were in theaters, reportedly, Downey Jr. had become a profit participant in Marvel Studio’s backend, netting him more than $75 million or more!

Marvel Studios president Kevin Feige likes to keep Marvel fans happy. Anthony Mackie, in his historic portrayal of the first black Captain America on-screen, has been overwhelmingly well-received by fans for The Falcon and The Winter Soldier, and he is primed to capitalize on that popularity for Captain America 4.

What do you think of Anthony Mackie as the new Captain America? Let us know in the comments!