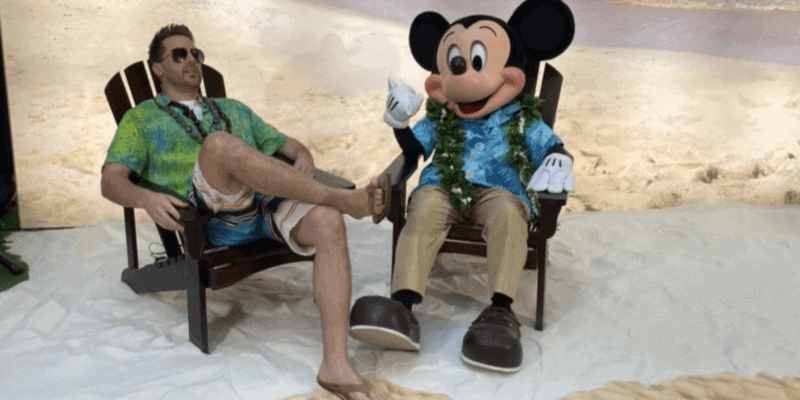 The way The Walt Disney Company operates has shifted during the COVID-19 pandemic. A company that once heavily relied on Guests traveling long distances to visit their theme parks has had to reimagine how to deliver the magic to Disney fans’ homes.

One way Disney combatted the pandemic was with the Disney+ streaming platform — a bright spot amid nationwide quarantine and international travel restrictions. However, even as magical as Disney+ is, it cannot replace the feeling of visiting a Disney Park.

Walt Disney World Resort reopened in July 2020 and Disneyland Resort is finally set to reopen on April 30, 2021, but Disney’s theme parks are no longer providing the company with the level of profit they once did.

Operating at limited capacity, the six domestic Disney theme parks — Magic Kingdom, EPCOT, Disney’s Animal Kingdom, and Disney’s Hollywood Studios in Orlando and Disneyland Park and Disney California Adventure Park in Anaheim — are now limited by the sheer number of Guests they can host at any given time.

Disney World’s Disney Springs and Disneyland’s Downtown Disney District are also operating at limited capacity — the shopping and dining neighborhoods have both been open since last summer, complying with varying state guidelines in Florida and California.

Between some Guests still being fearful about travel as COVID-19 continues to spread and the health and safety measures that are necessary to comply with CDC guidelines, Disney has had to go back to the drawing board and do what they do best — innovate.

What changes is Disney making?

As Orlando Weekly pointed out in a recent article, it seems that Walt Disney Imagineering might be gearing up to bring magical experiences to your hometown:

Walt Disney Imagineering President Bob Weiss has seen his title change in recent weeks on both the official Disney website and his LinkedIn. Along with his previous roles, he is now overseeing “New Experience Development,” which he explains as “leading a multidisciplinary team focused on exploring, developing and bringing to market groundbreaking ideas.”

Rumors surrounding this new department indicate that Disney could be developing pop-up events in locations around the United States and around the world. They could even, in theory, utilize spaces in struggling shopping malls to house these magical hometown experiences.

This would, in a way, allow Disney to continue to have a presence in shopping centers where Disney Store locations are closing — earlier this year, the company announced the closure of approximately 20% of its North American Disney Stores.

The Target and Disney Store shop-in-shop model, however, still exists and could, perhaps, give Disney fans a glimpse of what future pop-up retail experiences might look like. It is important, however, to note that this new division of The Walt Disney Company might be focusing on more than just shopping.

According to the rumors, New Experience Development is tasked with developing pop-up experiences with a heavy retail presence. Due to the infancy of the division, specific concepts have yet to be fleshed out. But it looks as though this new division is a reaction to similar concepts that multiple competitors have rolled out in recent years. These will be far larger in scale than the Toy Story pop-up that came to Disney Springs in 2019.

Disney has done pop-up experiences in the past.

As Orlando Weekly noted, Disney brought a small Toy Story-themed pop-up experience to Disney Springs in 2019, but the company has actually done larger-scale pop-ups in the past, as well.

In 2018, Disney Magical Moments was held in Singapore. This event lasted for approximately two months and provided Disney lovers with a truly epic experience, with shopping, character appearances, and much more.

…commuters got a splash of Disney magic, straight from the Aulani Resort in O’ahu, Hawaii.

“I was shocked,” said Chicago commuter, Nena Szczepanski. “Since it’s so cold outside, it’s nice to come in and see a little bit of sunshine and sand!”

“I thought it was really cool, especially coming in from the train station [and] being really cold,” said fellow commuter, Travis Rood.

ABC 7’s report continued with some details directly from Disney:

ABC 7 on-air personality, Ryan Chiaverini, also joined in on the fun — he got some R & R with Mickey Mouse himself without even visiting a Disney Resort! Chiaverini said:

Took the company jet to Hawaii….ahh the good life ????? (Actually I took an Uber to Union Station for their #alohawindycity @disneyaulani pop up ??) pic.twitter.com/jQOnsgP7ji

If these Chicago Disney lovers’ reactions are any indication of what’s to come with the new division, fans have a lot to look forward to moving forward!

What kinds of magical Disney experiences would you like to see in your area? Tell us in the comments!