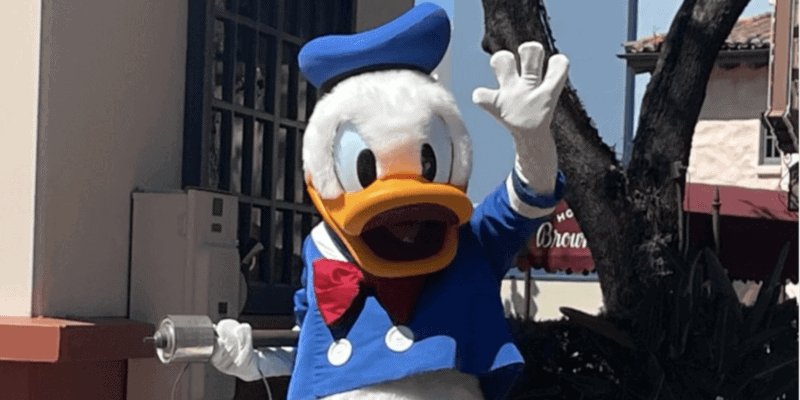 When Walt Disney World Resort reopened in July 2020 following its temporary COVID-19 closure, it was with a number of new health and safety protocols in place. For example, Guests age 2 and up must now wear appropriate face coverings (unless in a stationary position while actively eating or drinking), social distancing measures are enforced, and some experiences remain suspended.

Related: Is Trattoria al Forno Breakfast Worth It Without Characters?

Another major change was that meet and greets with Mickey Mouse, Minnie Mouse, Pluto, Disney Princesses, and other beloved Disney Parks characters were not available.

Instead, Walt Disney World Guests had (and still have) the opportunity to watch character cavalcades (similar to parades, but not held at scheduled times throughout the day) at all four of the Florida Resort’s theme parks — Magic Kingdom, EPCOT, Disney’s Animal Kingdom, and Disney’s Hollywood Studios. Additionally, socially distanced character interactions were also available at Walt Disney World as meet and greets are suspended.

And the best part is that in December of last year, Disney confirmed that even more, brand new character experiences would be coming in 2021. The latest characters to make their return are Donald and Daisy at Disney’s Hollywood Studios!

Another Instagram account called Here With the Ears shared a video of Donald Duck watering the plants outside of the Hollywood Brown Derby restaurant. This is the same garden where Daisy was also stationed to greet Guests!

A post shared by Here With The Ears (@herewiththeears)

Another social media user, Alan McDonald, also got the chance to meet Daisy this weekend at Disney’s Hollywood Studios. Here, Daisy looks ready for spring with the same watering can Donald was using!

Ok wow Donald is gardening is Hollywood Studios why are they entrusting a duck with this pic.twitter.com/UjZcPjyHSd

Remember, at this time, Guests are still prohibited from hugging Disney Parks characters or having other close contact. Furthermore, in order to visit a Walt Disney World theme park at this time, both a valid ticket or Annual Pass and a Disney Park Pass reservation are required.

The Walt Disney World Resort website has provided helpful information about health and safety at this time. Remember, when seeing characters at Magic Kingdom, EPCOT, Disney’s Animal Kingdom, and Disney’s Hollywood Studios, Guests of all ages are required to abide by all enforced restrictions and rules.

As you prepare to visit, please know that we’ve made updates based on guidance from health authorities, such as the Centers for Disease Control and Prevention (CDC) and appropriate government agencies.

It may be different from the last time you visited. But together, we can find new ways to create magical moments—and memories to treasure.

Some images shown throughout this website do not represent current operational guidelines or health and safety measures such as face covering and physical distancing requirements. See below for important details to know before you visit.

Are you excited that more characters are returning to Disney World?

Let the expert team at Academy Travel help you plan your next magical Disney vacation at no extra cost!