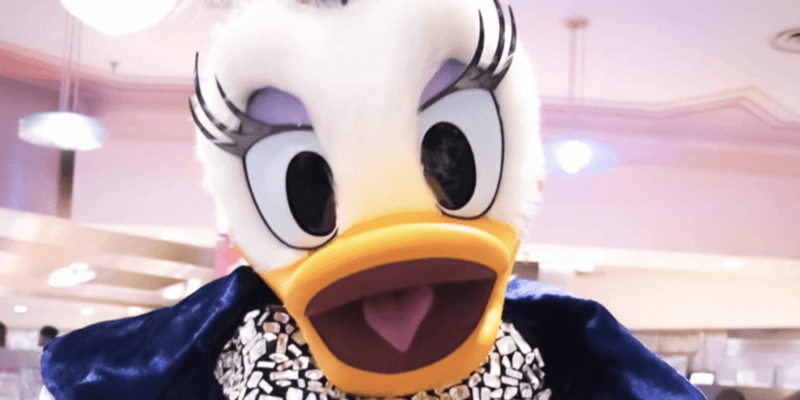 Slowly but surely, Walt Disney World Resort is continuing to re-introduce Guest experiences that were suspended as a result of the coronavirus pandemic.

Character dining, for example, is being added to more and more restaurants, including Topolino’s Terrace at Disney’s Riviera Resort.

Another Instagram user, xoxo_minicla, shared this photo of Daisy Duck wearing her glitzy Old Hollywood best with the simple caption:

Pluto is looking like a star at Hollywood and Vine!

The official Disney Hollywood & Vine webpage describes the Silver Screen Dine — which runs through March 1 — as “Join Minnie Mouse for a fabulous dinner party celebrating the glitz and glamour of Hollywood!”

The restaurant itself is an “Art Deco-designed “Cafeteria to the Stars.”

It is important to note that all of Walt Disney World Resort’s health and safety protocols are still in-place as new experiences continue to be added for Guests to enjoy, including the fact that Disney Parks characters are not allowed to visit tables or have close interactions with Guests during character dining events.

Furthermore, social distancing measures are being enforced, appropriate face masks are required for all Guests age 2 and over, and each of Disney World’s four theme parks is still operating at limited capacity (35%) — although, a modified version of Park Hopping did return on January 1, 2021.

It is also important to note that the Disney Park Pass reservation system has been extended until at least early 2022 at this time.

Are you excited the Silver Screen dining experience is back at Disney’s Hollywood Studios?

Book your next magical Walt Disney World Resort vacation to EPCOT, Magic Kingdom, Disney’s Hollywood Studios, and Disney’s Animal Kingdom with the help of the expert team at Academy Travel!