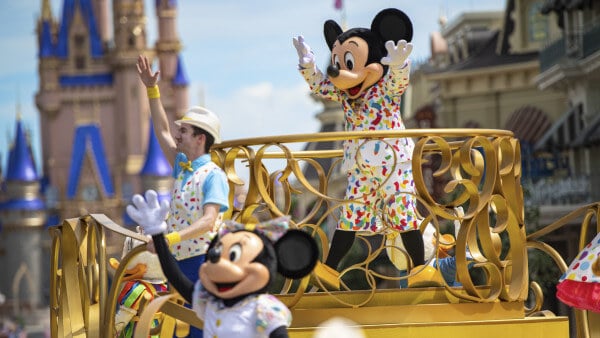 If you are planning on visiting Walt Disney World during April 2021, it is important to know what rides will be open and if any will be closed for refurbishment.

Disney World is constantly updating its parks, attractions, and resorts, and at times, it can be tough to keep track of what is open for Guests and what is not. There is nothing worse than showing up at Walt Disney World for your vacation, getting ready to ride your favorite attraction, only to discover that that ride is not currently operating. To avoid that, Inside the Magic is now creating up-to-date monthly articles that will tell you what attractions will be closed each month at Disney World!

Make sure you continue to check back this article for the most up-to-date information, as Disney often changes refurbishment schedules.

If you want to see what is under refurbishment for March, click here.

Let’s take a look at what is currently set for closure in April at each Disney World theme park.

Magic Kingdom has quite a list of attractions that will not be available in April.

As we noted in ourr March refurbishment article, the Walt Disney World Railroad has been closed for quite some time — since December 3, 2018, to be exact. The train is a popular option for Guests to travel around the lands of the Magic Kingdom in style, but has yet to reopen. The construction for TRON: Lightcycle / Run overlaps with sections of the railway, so, likely, the attraction will not open until the coaster’s construction is no longer interfering — this has not, however, been confirmed by Disney.

Although not an attraction, the Main Street Confectionery will be closed for the entire month of April.

Here is what will be closed in March at Disney’s Animal Kingdom theme park.

Kali River Rapids is a water attraction that closes down every year for routine maintenance and refurbishment. Currently, Kali River Rapids is set to reopen on April 2, 2021. That being said, Disney silently reopened the attraction with a soft opening on March 29. However, because the ride is still showing as closed online, that can change at any given time.

EPCOT and Disney’s Hollywood Studios do not have any scheduled refurbishments during April, so Guests can keep riding Slinky Dog Dash and Soarin’ to their hearts’ content! If you want to continue to keep an eye out on Disney’s refurbishment calendar, click here to get all the most up-to-date official information.